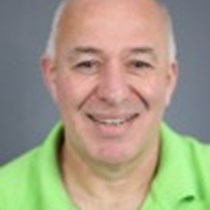 Weʼve raised £11,641 to help Macmillan Cancer Support and the Prince of Wales Hospice through the TOUR de CAS

The Tour de Cas Team will be cycling from Castleford to Toulouse in May/June 2022 to raise money for Macmillan Cancer Support and the Prince of Wales Hospice.

Glyn, Mark, Lauren, Andy and Brian (a fine bunch of athletes I'm sure you'll agree!) will cycle for around 1,000 miles over 16 days, hoping to raise as much money as possible for 2 fantastic causes, but mainly just hoping to stay out of hospital!!

We each have our own reasons for doing this. You can read about mine immediately here, and the rest of the team by following the links below:

After being initially treated for what everyone thought was reflux over the previous winter, I eventually found out in February 2021 that I actually had cancer of the oesophagus and stomach.

This was like a bolt from the blue & totally threw me as you can imagine.

I then underwent 4 courses of chemotherapy throughout April and May, before having a 5-6 hour operation on 30th June to remove half of my oesophagus and stomach, which hopefully appears to have removed the main tumour and all of the infected lymph nodes (fingers crossed!).After coming through all this in relatively good health and well ahead of schedule, I decided that I’d do a big charity event this year:

I decided to try & combine my charity event with one of my life-long passions, Castleford Tigers Rugby League. Over a glass of wine with my brother, we threw around a couple of ideas of what to do and I mentioned possibly doing a bike ride, even though I’ve barely ridden a bike since I was a teenager! Martin laughingly said I could cycle to Catalans for a match & it was then that it clicked that Cas were due to play a historic match at Toulouse this year for the first time ever and that’s where the ridiculous idea came from.

As it stands, I’m planning to do the ride, ground to ground, over 2 weeks, cycling 55 miles a day, firstly taking 5 days down to Portsmouth (approx. 280 miles), then a ferry to Ouistreham, before cycling the final 540 miles or so to Toulouse in time for the match on 12th June 2022.

Hi, I'm Glyn I run my own care business, My Homecare, looking after after people in their own homes in Leeds. After a cancer scare in 2021, I'm now looking to raise funds for 2 excellent causes. I'm happily married to Alison and have a 4yr old Labrador called Benny.