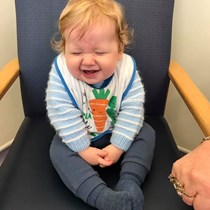 On the 6th April 2017, our first son (Felix) was born by emergency C-section due to getting into distress. He spent 1 week in the neonatal intensive care unit as he was 5 weeks early. He was a good size and did very well hence only staying for a week before coming home. We had always said it would be nice to have a second child quite close together. Thinking the same wouldn’t happen again, we decided to try for another. Only this time at our 12 week scan we were told we were having twins. Wow! What a shock! Counting down the weeks, we got to our 28 week scan and it wasn’t great news! (we were having extra scans due to our first being early and because it was twins) to cut a long story short and because it’s still tough to relive all the details of the last few weeks, the twins were born on 2nd June 2018 again by emergency C-section at just 31 weeks. Thankfully this time around was a bit calmer and not as rushed as the first time around. Both boys entered the world crying. What a relief! We went over to the nicu to see the boys a few hours after they were born and thought all was as well as could be. Both seem to be responding to all treatment. Monday 4th June Casper took a turn for the worse and had to be rushed off to Southampton hospital due to being ventilated. Almost a week later and the boys were reunited on Salisbury hospital. Both Milo and Casper are both doing really well. We have a bit longer journey before they come home but if it wasn’t for Salisbury nicu, it could be a complete different story. We could never have got through it without the care and support from the amazing nurses and will forever be in debt to them. The staff work so hard and make everything that little bit easier as can be. We would like to raise some money for their charity (stars appeal) please donate and keep an eye on Facebook for a raffle which we shall also be doing. Thank you for reading our story and donating