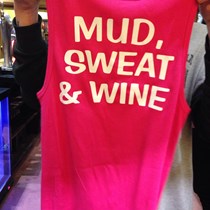 Weʼve raised £1,340 to help make a beautiful little girls wish come true and to support the Children's Cancer Ward at the LRI.

Just over a year ago we noticed a small lump which had appeared in Paige’s lower hip area, after numerous trips to our GP and the hospital, the doctors decided that an ultrasound scan would need to be carried out. Paige had the scan six months after the lump had first appeared. Following the results from the scan we were reassured that it was a reactive lymph node, which would go down on its own and did not show a cause for concern.

Six weeks before Christmas 2018 we noticed that a second lump had appeared just above the original lump; it started off the size of a small pea and grew rapidly. After more trips back and forth to the GP, Paige was referred to the cancer exclusion service and within two weeks Paige was seen by a consultant paediatric oncologist.

The oncologist decided that Paige required an operation to remove three enlarged lymph nodes and then numerous tests and scans including an MRI, PET scan and ultrasounds.

In January 2019 we were given the devastating news that Paige had a rare subtype of Hodgkin’s Lymphoma, after nearly a year of being told that the lumps Paige had were not a cause for concern, to then be told that your 6-year-old daughter has cancer has turned our lives upside down.

In February 2019 Paige began intensive chemotherapy treatment and although this has many unpleasant side effects Paige has continued to have a huge smile on her face and be the happy loving little girl she is.

We would love to be able to give something back to the ward to help other children who are fighting this awful disease. The ward has told us that they would love some new televisions along with toys and equipment in order to help keep children entertained and offer a distraction whilst they are being given their treatment which can often cause them to be restricted to their beds.

Until you are experiencing this yourself you never really comprehend how cancer treatment for children can not only affect your child but your whole family and your lives. It is so much more than we ever thought or expected it to be, and to watch your own child laying in a hospital bed receiving treatment for cancer knowing that the ward is doing everything possible to make you and your child comfortable at this time this is why we want to support and give something back to them and hopefully allow other children access to entertainment and activities is crucial to help children get through the long and difficult days.

For Paige there is still a long journey ahead of her with further scans planned in the next few weeks which will hopefully show she is in remission. Her consultant has told us that she will need to be closely monitored until she is a least eighteen years old, but she has already shown that she is one strong little lady and will continue to fight this with everything she has.

This was written by the parents of Paige who are both amazing and brave.

As close friends of the family we would also like to surprise Paige with an amazing trip to London.

Paige has continued with her school learning despite what she has been going through and since learning about “the Great Fire of London” Paige is desperate to visit London and go sightseeing, therefore this is
something I would love to be able to make a dream come true for her, but this is where we need the help of you amazing people.