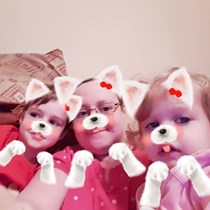 As many of you already know I have been battling Hodgkin Lymphoma for almost a year now. I was first diagnosed in October 2016 when I was 20 weeks pregnant. Since then here's what's happened:

* January 2017: Went in for chemo feeling rotten. Was told my left lung had collapsed. Informed baby would need to be delivered early so my chemo could be changed to something more aggressive. Lovely baby Ruth delivered the following week (7 weeks early). PET scan showed disease not improving. Chemo changed to Escalated BEACOPP.

* July/August: PET scan confirms it is back. ICE chemo delivered as an inpatient - unsuccessful.

* September: Brentuximab started. I really believed this was going to do it!

So, here we are. Last week (end of September) I met with my haematologist. I told her I believed the Brentuximab was not working. She ordered an urgent CT scan which indeed confirmed disease progression (I didn't want to be right but unfortunately I was!).

So, on 9th October 2017 I will start GDP chemo. Fingers etc crossed!

If this fails the plan is I would then enter a clinical research trial.

If that doesn't work then Nivolumab could be an option but it would not be NHS funded for me as I have not had a failed stem cell transplant.

My haematologist recomended to me to crowdfund to fund Nivolumab so here I am! She advised me to attempt to get funds in place before needing the drug so that should that day come there wouldn't be a delay due to money.

If I don't use the funds they will be returned to the donors. Anywhere this is not possible, eg due to funds from an event then the money will go to Cancer Research.

I desperately want to be around for my lovey Freddie and baby Ruth. I want to see them grow up.

I never imagined being in this position.

Thank you for reading and anything at al! you can give.