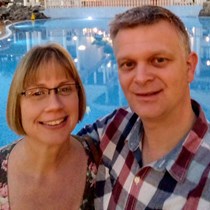 Weʼve raised £14,405 to Support Vivienne to get medical treatment in Germany for CSF leak

Weston-super-Mare
Health and medical
Funded on Wednesday, 1st May 2019

Thank you for logging onto this page. We are in need of urgent funds to rescue Vivienne from a debilitating and disabling condition called a CSF leak which is potentially fixable.

On 9th December 2018 Vivienne finished putting the Christmas tree together and made an evening meal. Half way through the meal she had a crushing head pain. When she laid down, the pain went away. Within a week she had been diagnosed with Spontaneous Intracranial Hypotension. This is characterised initially by severe head pains which are relieved by lying down.

Your brain and spinal cord is surrounded by a bag of fluid called CSF. The bag is called the dura. This supports the brain to float and shock absorbs movement. A hole in the dura means the CSF leaks out leading to a range of horrible symptoms. Here is an explanation:

With research we discovered that the CSF leak is a poorly understood condition and that symptoms change over time. Vivienne now has Nausea, Imbalance, Hearing hypersensitivity and music sounds off key, tinnitus and a feeling of heaviness and pressure in her head. Due to the effect of the leak she is unable to sit up for more than a few minutes at a time. Imagine not being able to sit up when you want to, because your head feels like a dead weight. She has endured being stuck lying down, day and night for 4 months. Each change from lying to sitting is a major challenge and becomes harder through the day. She feels ill and is in pain, and has become distressed and depressed. Her working life and family roles seem a distant memory.

I am asking to raise funds to save Vivienne from this torture. These funds will enable us to travel with her lying down in an ambulance to the experts in Freiburg, Germany. They have the specialist knowledge, and expertise to try and locate and fix the CSF leak that Vivienne has. We hope she will then be able to return to an upright world and be the nurse, mother, daughter and wife she was until December last year. Please will you help us? 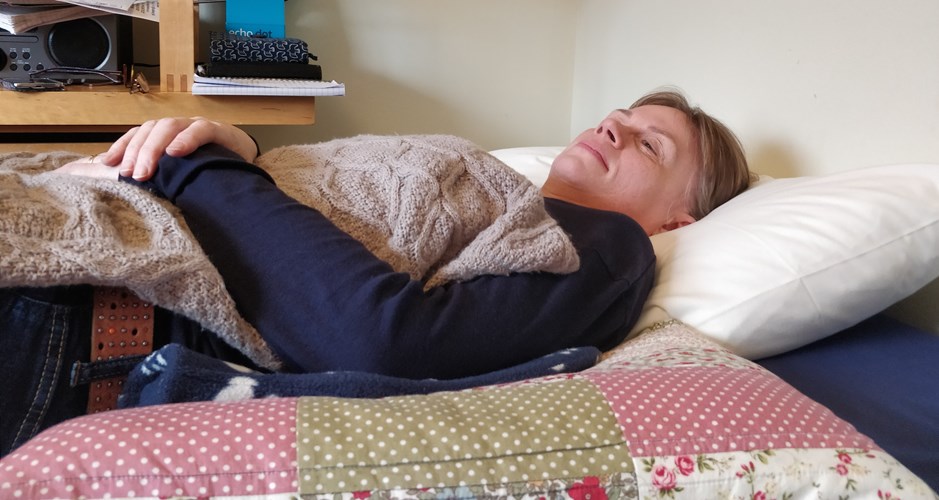