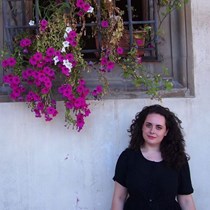 My mother, Sarah Micheal, and her friend and colleague Alison David, are organising a production of The Vagina Monologues to raise money for Solace Women's Aid.

The Vagina Monologues is a play written by Eve Ensler and premiered in 1996 in New York.

The New York Times called the play "probably the most important piece of political theatre of the last decade."

In 1998, Ensler and others, launched V-Day, a global non-profit movement that has raised over $100 million for groups working to end violence against women and girls. VM has been performed all over the world in many languages over the last 20 years and 2018 is the 20th anniversary.

After hearing about the anniversary and despite never having done anything like this before(!), we felt inspired to apply to V-Day to put on a performance of VM and have been accepted. It will be a benefit and we will donate money raised to Solace Women's Aid in Camden:

We need to pay for the venue hire and to cover any other costs of putting on this production. We are also aware that people who cannot attend the event would like to support the benefit and donate to Solace Women’s Aid in Camden.

Any donations at all will make a huge difference and help them to raise money for an organisation that provides support to 5,000 survivors of domestic abuse in London each year.

We have now raised enough money to cover the cost of putting on one performance and are looking to put on a second one! Any money raised over that will be donated to Solace Women's Aid. Thank you so much to everyone who has donated and shared so far.