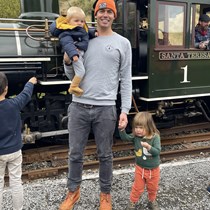 Weʼve raised £6,025 to help find a kinder way to beat childhood cancer for Hazy and Toby 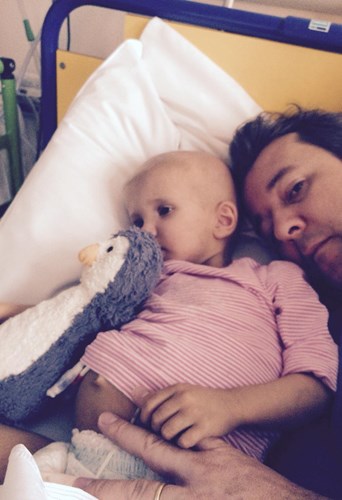 Paddy and Nathan are attempting the Welsh 3000 challenge – climbing 15 of Wales’ highest peaks in a weekend – to raise money for The Dear Toby Trust.

The Dear Toby Trust is a new charity in memory of Toby Hambrook-Skinner established by Toby’s parents (Verity and Nathan) and overseen by a small group of trustees (Toby’s friends).

Toby was a bright, bubbly and smiley baby boy who was diagnosed with Acute Myeloid Leukaemia (AML) in October 2016, aged just seven weeks old. He was Verity and Nathan’s first baby and they loved him to the moon and back.

Toby’s presentation of AML confounded a world class team of doctors at Great Ormond Street Hospital (GOSH) in London. And he tragically lost his fight against cancer at just seven months old.

Verity and Nathan, supported by their incredible friends and family (including their extended GOSH family) are committed to finding a kinder way to beat childhood cancer – in Toby’s name. They also want to do everything they can to support paediatric oncology nurses – who are, quite frankly, the greatest human beings on earth. And this is the mission of The Dear Toby Trust. 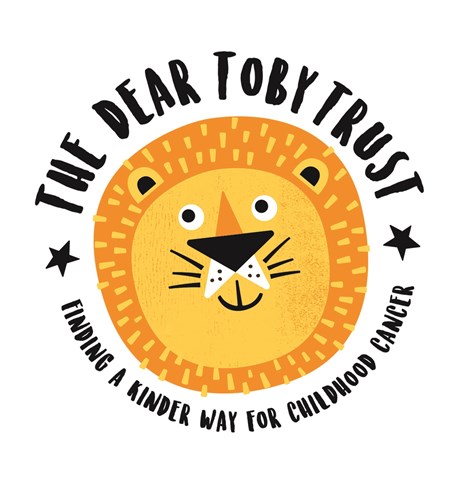 About Nathan and Paddy

Nathan and Paddy both work in London but their friendship has grown through shared experiences.

Hazy received two bone marrow transplants on Robin Ward in her own desperate struggle against cancer and is now recovering at home with her family and enjoying all that life has to offer.

Toby was treated on the same ward a few doors down from where Hazy had been just weeks before as doctors attempted to treat his relapsed AML with a bone marrow transplant. The treatment that both children had to endure was risky, extremely painful and carried severe side effects.

Despite only recently having helped their own child in an anxious life and death struggle with seemingly impossible odds, Hazy’s parents, Alice and Paddy, generously poured their love and support into Toby’s room. The momentum from their selfless acts of compassion helped Toby and his parents keep going.

Toby’s bone marrow transplant was technically a success, but the aggressive nature of the disease combined with the overwhelming impact of multiple rounds of toxic chemotherapy were too much even for him. He had “flabbergasted” his doctors with his resilience, but in the end modern medicine did not have the tools needed to help him survive.

No child should ever have to endure what Toby and Hazy have endured. Nathan and Paddy, as trustees of The Dear Toby Trust, want to help to find kinder and more effective cures for children’s cancer by funding new research, providing grants to nurses and rewarding those who go the extra mile in caring for seriously ill children and infants.