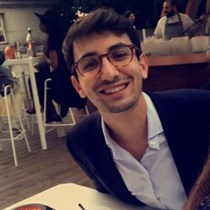 Weʼre raising £150,000 to help Gerard get the care and equipment he needs

In July 2017, Gerard had an accident that changed his life at just 21 years old. After diving into a shallow lake in Sweden and hitting his head, he fractured his spine. Following emergency surgery, Gerard was flown back to the UK and is currently undergoing rehabilitation for his C5 tetraplegia (paralysis of the legs, wrists and hands).

Such an event has naturally had a seismic effect on Gerard's life, as well as the lives of his friends and family. Despite this, he remains his positive, upbeat self, and is determined to make as much progress as possible. He really is both our hero, and our inspiration.

If you know Gerard, you will understand how tenaciously independent he is, and so to live anything close to an independent life, he will need regular care and specially adapted equipment.

Amazingly, after spending 1 year hospital working extremely hard to be in the right condition to be able to complete his final year, Gerard went back to Exeter University and graduated with First-Class Honours.

Gerard is now studying for a Master's at the University of Edinburgh, where he continues to overcome several of the challenges that come with living in a wheelchair.

As technology advances and new equipment becomes available, we want to ensure that Gerard is always in a position to purchase any equipment that would facilitate his independence.

Every donation is appreciated, and will go directly towards helping him recover and live a fulfilling life.

Thank you in anticipation,

I am Gerard's best friend.