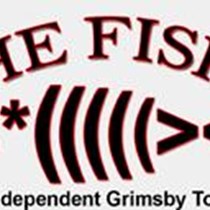 Weʼve raised £7,020 to show support to 'our' Ollie on losing a close friend, for him to give to a charity of his choosing. Lets show him WE care about HIM too.

After the Grimsby vs Harrogate game and during the aftermatch interview Ollie told us, and the world, that it was "one of the worst days of my life"

He revealed that he’d learnt of the suicide of one of his best friends earlier in the day.

“One of my best mates killed himself, and it really just puts all of this nonsense in its place to be honest. I feel for his family, I feel for his wife and his children. It’s just absolutely soul destroying. If you looked at him, you’d never think he’d do anything like that.”

During the interview we could see how upset he was talking about his mate. He was a broken man. We could all see that.

Its at times like this, when he needs our support too. We can only imagine what he is going through at the moment.

Having empathy and compassion for others who are going through rough times can be healing and just having the ability to share can help.

Lets raise some money for Ollie for him to give to a charity of his choosing, be it suicide prevention, or mental health, or anything else he feels passionate about, which will hopefully show him how much support he has from his fans far and wide.

This is an appeal started by the passionate online community at https://www.thefishy.co.uk/