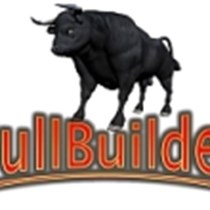 Weʼve raised £1,460 to help support staff and players of the Bradford Bulls

BullBuilder and the Foundation are setting up a welfare fund to support staff and players of the Bradford Bulls due to recent developments at the club.

BullBuilder and the Foundation are fully independent of the club.

Any monies that are donated will be managed and are auditable, allowing people to donate with confidence.

Just Giving operates a minimum 30 day campaign policy. To ensure funds are immediately available to be distributed to players and staff who have shown commitment through this difficult time, BullBuilder will initially use its limited funds to make payments as needed. On completion of the 30 day campaign funds from Just Giving will reimburse BullBuilder their initial outlay.

Should any funds remain at the end of the process they will be equally split between BullBuilder and the Foundation.