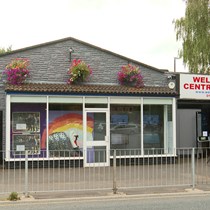 Weʼre raising £20,000 to Help support The Wells Film Centre Cinema re open and keep operating during these difficult times.

Today on our 28th birthday 🥳 we are delighted to announce we will be re-opening on Friday 4th December 2020!

With the announcement from Government yesterday stating national lockdown will end on 2nd December and our area will be in tier 2, this means films will be back on the big screen next week.

The films we will be showing from Friday 4th December are: The Secret Garden (PG), A Christmas Carol (PG) and A Christmas Gift From Bob (12A)

Films times will be up on our website soon (we are just working on it) www.wellsfilmcentre.co.uk for you to book.

We will still be operating a Covid-19 secure cinema with social distancing, therefor we still highly recommend booking in advance.

Did you know we are still running the Save Your Cinema Campaign? So far over £7,800 has been raised, which we are extremely thankful for, but we still need your help. Check out our home page for ways to support your local family run cinema.

One of the best ways is to buy a ticket to one of our upcoming films.

We look forward to welcoming you back very soon.

Thank you from all The Team at Wells Film Centre 😊

🎞🎞A World Of Cinema Awaits🎞🎞

After the news about the second lockdown from Boris Johnson on Saturday, we would like to update you on our proposed December opening.

As of 16th October, we were hoping to re-open on 4th December. As this is close to the current easement of lockdown regulations, at this time we are unable to confirm this date.

We will continue to work towards a December opening, however we will keep you all up to date with the regulations around cinemas opening.

This will all be subject to an update from the Government and film product that is being released.

Thank you again for everyone’s support through the SAVE YOUR CINEMA campaign.

If you would like more information about the SAVE YOUR CINEMA campaign please visit www.wellsfilmcentre.co.uk

Or you can go directly to our Just giving page www.justgiving.com/crowdfunding/wellsfilmcentre

Thank you from all at Wells Film Centre

After re closing on 25th September we are pleased to now update you with our latest re opening plans.

After the devastating news that James Bond – No Time To Die had its release date moved to next April, and other films being moved and removed from theatrical release, we needed time to look at what this meant for getting back on our feet.

So we are pleased to announce The Wells Film Centre will be back open to show films from Friday 4th December. At this time we are unable to give information on the films we will be playing. The next update which we will give at the beginning of November will include news of films and box office opening days/times.

Since our launch of the SAVE YOUR CINEMA campaign, as of today, you have so kindly donated over £4000.00. This money has been a great help and has been used towards coving outstanding debt and ongoing costs that we still have despite being closed. Thank you to everyone who has donated so far.

If you would like more information about the SAVE YOUR CINEMA campaign please visit www.wellsfilmcentre.co.uk

Thank you from all at Wells Film Centre

Wells Film Centre Cinema has been part of the community for the last 28 years. In that time we have successfully transformed from a single screen to three state of the art, fully digitalised screens.

Your local community cinema which serves not only the people of Wells, but also surrounding villages and towns, has provided a range of programmes to suit all ages and groups for almost three decades. We have also hosted various other events such as:

Tea Matinees - These screenings were designed for the older generation (but open to all) which have acted as a social interaction for many and includes tea/coffee and biscuits.

Autism Friendly Shows - These screenings are designed for people with sensory sensitivities, those touched by autism and anyone who feels they will benefit from the adjustments. Families have been attending these for over 10 years in an environment that is less overwhelming than other screenings can be.

Tiny Tuesdays - In recent years we have started up our Tiny Tuesday shows which allow adults with small children and babies to visit us in a safe and enjoyable environment.

Schools - We have always been a place for schools to visit not only for educational screenings but also as a safe and local place to bring the children for Christmas and end of year treats.

We have also had many local charities being able to fund raise through our gala film premier screenings.

Since 2016 we have held an annual Film Festival which has allowed us to showcase local talent and artists as well as encouraging people to visit Wells from all over the world. In 2007 we were home to the local premier of the film Hot Fuzz, since then we have had numerous re-runs, including a 2 night sell out at our 2017 festival.

We have also been lucky enough to play host to many talent screenings over the years with visits from cast, crew, producers and directors who have usually held Q&A sessions after their film screenings.

On 4th October 2011, Wells Film Centre Cinema went fully digital, this meant that not only do we have the best quality in film presentation, but means we are also able to show Event Cinema productions with many coming from around the world via our satellite installation. These include Live steamed productions from The National Theatre, The Royal Opera House, Royal Shakespeare Company and many more.

In order to be able to continue with all of the above and much more we need your help.

In March 2020 with the rest of the country we had to temporarily close our doors. Hoping this would only be for a short time, we did not re-open for 4 months and finally opened our doors again on the 24th July 2020 and have been fully Covid secure with allocated seating, social distancing and enhanced cleaning regimes.

Since then, the film industry has been hit hard, with many major blockbusters either being pulled from theatrical release or having their release dates moved to later in 2020 or even 2021. This has meant that we have only been playing films that many people have never heard of resulting in extremely low customer attendance or many shows with no one at all.

As of Tuesday 29th September we had to make the heart-breaking decision to re-close our doors. While we hope this will be temporary we currently do not have a date for re opening, however we are planning to open in time for the new James Bond No Time To Die in November.

While we know this is an extremely difficult time for all, we need your support to ensure we can re-open.

Your donation will go towards clearing the deficits that has accumulated over the last 6 months due to Covid-19 and helping us prepare for re-opening.

Thank you for your time in reading our story and your support,

After opening in November '92 by Derek and June Cooper, this community cinema was taken on by 3 of their 6 daughters, Sally, Becky & Libby in 2012. Over those 28 years the cinema has grown from a single screen, to a fully digital three screen cinema showing the best in movies.