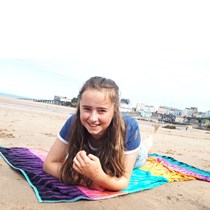 Ed Barrett unfortunately broke his neck point to pointing April 2015. I have known Ed since teaching him as a young lad in the Clifton on Teme Pony Club. I helped him achieve his teaching exams and Pony Club A Test before he then joined my brother Ed Walker and his wife Polly down in Devon. Ed had always wanted to be a jockey. He spent 5 seasons there before freelancing and then working as Assistant Trainer to Henry Daley. What has happened to Ed could happen to any one of us. So many of us have race ridden or in some way been involved with horses. These accidents are not just limited to horses, they can happen anywhere.

Ed is the son of David and Sally Barrett who farm and have a riding school just outside Bromyard in Herefordshire. Ed also has a brother Russell. They are an extremely close family and you can only imagine how hard it has been for them. It is the underlying dread of any parent of a jockey. Ed is still very young, in his 20s. And whilst he has made huge improvements as a result of his endless persistence and determination. And he has received second to none care at Oswestry and at Lord Oakseys House in Lambourne, the reality is not one of us would like to be in his shoes. His life has changed. It will never be what he initially intended. It has been extremely tough for Ed.

So I have decided to try and do something positive about the whole situation to help raise funds for Ed to help him eventually set up home. I wanted to something that gained enough respect to gain support for the whole cause. So 2 days before my 47th birthday I am taking on one of the toughest triathlons The Welsh Ironman. Based in Tenby it is a cruelling 2 1/2 mile sea swim followed by 112 miles of hilly bike ride followed by 26.6 miles running. It is a huge challenge for me. I am old! I have lots of niggling old fall injuries and osteoarthritis in my left hip. BUT I have 2 legs and 2 arms that work and I am forever grateful for that. So please please support me