Scotland Against Spin raised £1,285 from 52 supporters 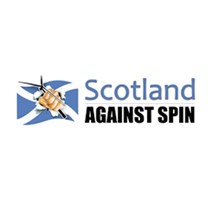 Weʼve raised £1,285 to help protect the Scottish Wildcat and Osprey by supporting the legal appeal by Helen Douglas vs Tullymurdoch Wind Farm

Some of you may remember the story late last year about Helen Douglas, the Perthshire hill shepherdess who took up the cudgels for the Scottish wildcat against a wind farm developer at Tullymurdoch. Tullymurdoch is one of the last remaining territories for a species which is on the brink of extinction. It also hosts an osprey nest.

Both osprey and wildcat enjoy the highest level of European wildlife protection. Yet the planning application and resulting consent overlooked the impact of the development on a local Scottish wild cat queen as well as ospreys who live on the site.

Some of Scotland’s leading environmental lawyers thought Helen had a good case, and they sought a judicial review of the planning consent at the Court of Session, but in December Lord Kinclaven upheld the original decision.
Opinions from two senior counsels in Scotland are that Lord Kinclaven’s reasoning was flawed and that Helen has strong grounds for a further appeal. This is now underway.

While Helen is applying for legal aid and a protective expenses order, and she has enjoyed considerable good will from her lawyers, the cost of the process remains dauntingly unclear and it cannot be borne by Helen alone, however successful her applications and however generous her lawyers.

When news of Lord Kinclaven’s judgement broke last year, numerous individuals approached both SAS and Helen wanting to help financially, but at that point she didn’t know if her case was strong enough to merit pursuing.

Now that she is appealing, we are organising a crowdfunding appeal on Helen’s behalf. You can access it here, and whatever you pledge will only be collected if it is needed. As Helen says, “there are many others who are passionate about wildlife and environmental justice – and if each one could pledge a little, even if it’s £5 or £10, we don’t have to let them get away with it!”

Many thanks and kind regards,