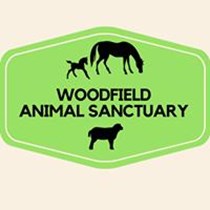 The Woodfield Animal Sanctuary has started a new Fundraising campaign. A big thank you to all our supporters who have already donated to us. Woodfield is a busy Sanctuary on the Gower, home to over 55 rescued horses, ponies, sheep, lambs and dogs. You can read Robbie and David's story here.

The last few months they have been asked to take in some severely unwell animals - you can read some of their stories here. 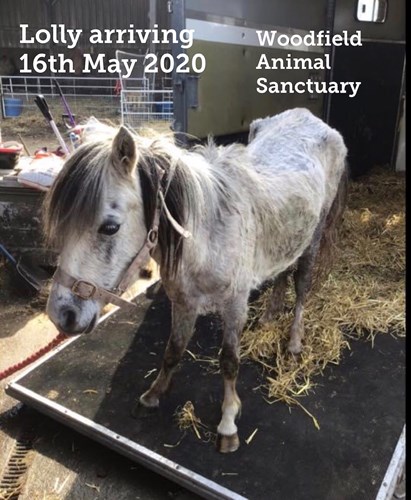 She was found on the 16 th April on Clyne Common by a wonderful lady called Loretta.

Sadly she was found laying down next to her dead foal. The poor emaciated Mare was very badly torn from giving birth to a such a large foal, and was totally exhausted and unable to stand up. Loretta rang Woodfield to ask for help. They were given permission to take her off the Common and set off immediately. A vet was on hand to treat her when she arrived at Woodfield. She was given antibiotics and pain killers, and was found to be under two herself. Loretta named her Lolly!

They were told to be prepared that Lolly may not make it. She was too weak to undergo surgery, and with the amount of injuries she had sustained giving birth was unable to stand up for more than a few minutes. She was monitored throughout the night . The next few days were touch and go and because of the severity of Lolly’s injuries a vet came every day to treat her. She received medication for a full 6 weeks after arrival.

Against all the odds Lolly has made a full recovery , and is now out in a lovely sheltered field , with “Bengi" who was rescued the day before! 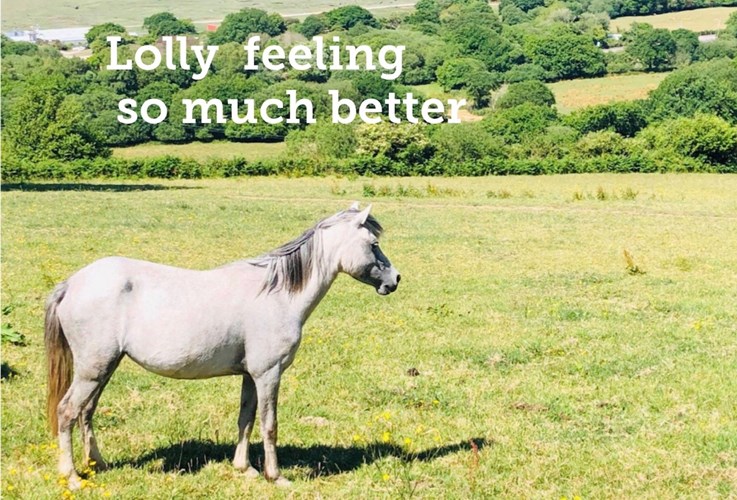 Bengi is a two year colt old who been kicked in the side of his face by one of the many stallions on Clyne Common and had sustained a nasty injury to his eye. 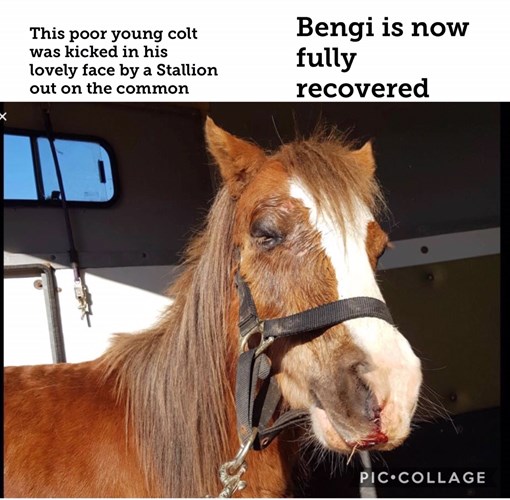 The Sanctuary received a call on 15th April asking them to go and assess him. A vet was also in attendance.

He arrived at the Sanctuary and his eye was treated with eye drops three times a day for several weeks. You can imagine how difficult that was with such a nervous and totally unhandled colt! He also had nose bleeds as a result of the blow to his head.

It has taken a while but I would say he is one of the friendliest little characters now he is recovered .

The Sanctuary received a call from a lady who needed our help with a new born foal. It had been found up on the hillside by locals out walking. He had been laying there on his own, very cold and wet from the rain. They drove to the caller's house and met the beautiful colt for the first time .

He was named Tom as he shared a birthday with the famous Captain Tom , the great Hero of the day, albeit 100 years apart!

He was given Colostrum in a powdered form, which the Sanctuary always have in stock.

It was getting dark, so they quickly went to the place where he was found, but sadly no sign of his mum that night and no sign the next day when a proper search was made. Sadly again no mother found.

That first night was a concern because he was having epileptic fits .He would fall asleep , after his milk , but on waking up he would have a seizure .

Phillipa Hughes From Dyffryn Tywi , came to see him straight away and took bloods. He continued fitting every few hours .

His test for Antibodies was very low despite being given him the full amount of Colostrum. Foals are entirely dependant on antibodies being absorbed following ingestion from their mothers colostrum in the first few hours of life Phillipa explained we needed to give Tom plasma, which would help him to grow stronger and build up his antibodies. She decided to take blood from a big strong gelding ( Middy) as she had used his blood very successfully with Susie (another rescue). 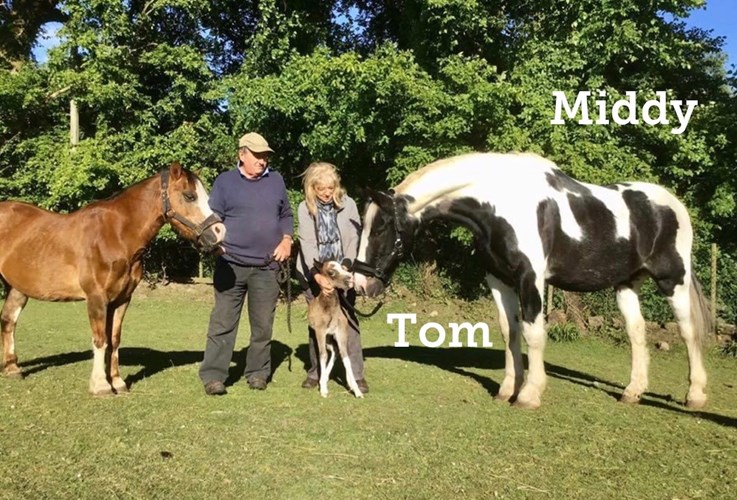 The plasma was then transfused into Tom and thankfully it worked perfectly and for over a month Tom has had no further seizures.

Boris was brought into the Sanctuary a few weeks ago. He has melted the hearts of everyone who has met him. 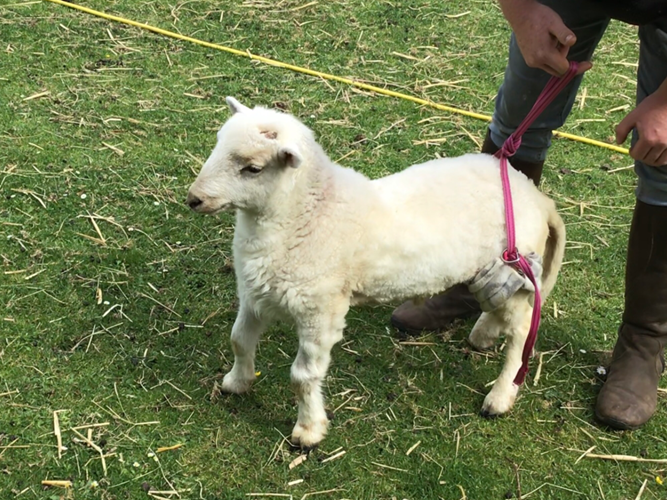 Sadly he is still very disabled. Despite numerous visits from their Farm Animal Vets, including a long course of injections of all kinds of vitamins, and antibiotics he remains unable to walk. His X Ray did not show any abnormalities. There is a long way to go with Boris but he is so happy with his newly arrived constant companion Sarah lamb, who like him is disabled. They will both carry on with Physio for the forseeable future. 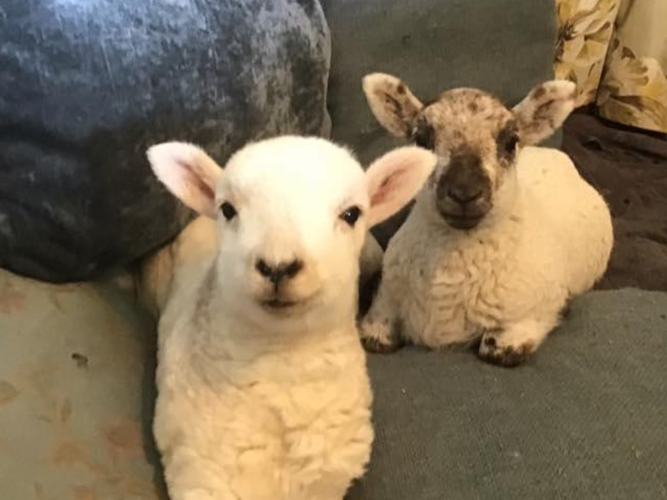 Robbie and David moved to Wales in 2013 to retire with a few of their animals but they soon realised there was a need for a Sanctuary and opened up their smallholding to take in the many animals who now call it home.