Weʼve raised £950 to for Children in Need through Creating the World's Largest Marshmallow with Berkhamsted School and Belinda Clark.

Belinda Clark began producing marshmallows over six years ago. From starting in her kitchen at home, she now has moved to a commercial kitchen supplying Fortnum & Mason, ‘Grocer to the Queen’ in London, as well as a multitude of other retailers, including QVC and Cruise Ships, as well as a range of lovely independent shops and cafes across the country.

Following a strategy and development meeting with her long-term Marketing Agent Karen Nunn, and with a charity suggestion from Karen’s son to do it at his school and raise money for Children in Need; a plan to produce a metre diameter marshmallow in the shape of a Pudsey Head at Berkhamsted School was formed. The final record winning piece is to be auctioned with bids and donations starting NOW in the aim to raise as much money as possible for this amazing charity. The organisation to produce this in one of the Berkhamsted School kitchens, has been facilitated by Martin White and his Aramark team.

Richard Thompson the School’s Project Head for this event has said:

This plan comes into fruition in the making of the World’s Largest Marshmallow at Berkhamsted School later in October, all of which for legal purpose has to be filmed, witnessed and monitored from start to finish before final official judgement.

As part of this wonderful initiative, Berkhamsted School would like obviously like to thank Belinda for this amazing opportunity, Aramark for their kitchen and staff support, Alex Beckworth of Marbec Meats for supplying industrial scales, Silver Spoon for their sugar donation and all of those from the school and local businesses helping to witness and monitor its production.

Last year Josh Nunn raised £750 with his Berko schoolmates for Children in need through his Skate & Donate Birthday Party – he’s keen to make much more this year! 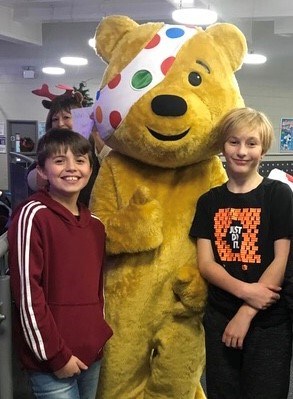