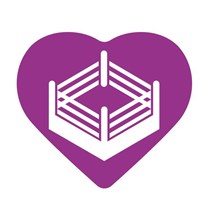 Weʼve raised £1,137 to help vulnerable and houseless men and women this winter through non-profit group WrestleKind.

Our group, WrestleKind is a new non-profit set up in 2020 by Scottish wrestling stalwart Jack Jester (Lee Greig), Scottish NXT star Viper/Piper Niven (Kimberly Benson) and Get-Well Gamers UK founder James Stewart with the aim of bringing joy to disadvantaged and vulnerable group through the power of professional wrestling.

This year has been difficult for everyone, but the impact on vulnerable groups and the houseless has been especially tough. We're hoping to harness the generosity of wrestling fans across the country to come together and help us purchase some essentials for those most in need this winter.

We are currently engaging with street teams in Glasgow to get a list of the most in demand items required - these include sportswear like jackets, boxers/underwear, waterproof backpacks, small hotel-sized toiletries and feminine hygiene products. We plan to use the raised money to purchase these items in bulk and donate them to multiple groups working on the front-line.

All donations at £5 and over will be entered into a raffle to win a signed singlet and a pair of boots from NXT UK Superstar Piper Niven, worn mostly during matches in Japan. The last date for donations to be considered as entries will be 23:59 on 14 December 2020!

We have submitted our paperwork for the charity registration process to the Official Scottish Charities Register. The charity is supported entirely by voluntary contributions.

Click here to view the singlet and boots that can be won in this raffle.