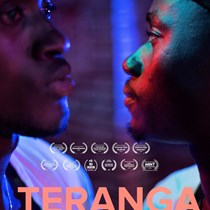 Yankuba is a 21-year-old asylum seeker from the Gambia, who arrived in Italy three years ago after a traumatic journey across the desert, Libya and the Mediterranean sea.

The story of his journey and his three years in Italy, waiting in limbo for his documents, are told in the documentary "Teranga, life in the waiting room", which came out on February 7th on the Guardian Documentaries platform.

Yankuba was a biochemist student and head of the university student union in the Gambia. He was forced to escape from his country from fear of being imprisoned after he was found protesting against his government, at the time the most brutal dictatorship in Africa. He was then imprisoned and enslaved  in Libya for five months, before embarking on a rubber dingy that was shot at by Libyan coast guard and finally reaching Italian shores. He thought he had finally found a safe haven, but his dreams of continuing his studies were soon shattered by the corrupt immigration system in Italy.

He never despaired, and applied to university anyway, aware his chances were very thin. Shocked by the amount of corruption he witnessed in the camps, he decided he wanted to study criminology and criminal justice, and was accepted last year in a program in the University of Bangor, in Wales.

After receiving his permit to stay, he found a job as an English teacher in Naples in order to save for the fees, and deferred his admission to autumn 2020. However, he wasn't able to save enough.

Yankuba is closer than ever to reaching his biggest dream. Any help is immensely appreciated.