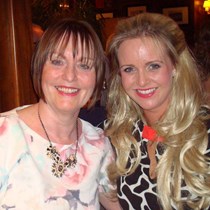 Weʼve raised £252 to Sponsor a trip to Senegal in Africa for Kilmarnock girl Amy Beth Miah to begin her work of establishing a refuge for young pregnant girls.

Kilmarnock YMCA recently partnered with YMCA Senegal to help with the community development work that is currently going on there. Part of this partnership allows us to sponsor and support Amy Beth Miah (Prince's Trust Volunteer of the Year Award winner 2016 and Young Scot volunteer of the year award winner 2017) who is from Kilmarnock and attended St Joseph's Academy. Her first trip to Senegal as an International Volunteer was with Y Care InternationaI but she is now volunteering with the ICS (International Citizen Service) Programme. It was on her first trip to Senegal that she became very involved of the plight of local communities but young African girls and women in particular. Like many countries, including Scotland, the key issues for communities are health, housing, unemployment and poverty but for Senegal, one of the biggest problems is teenage pregancy - also like Scotland. However, unlike Scotland, where young pregnant women are given both financial and emotional support by 'family' and Government, young pregnant girls and women in Senegal only experience fear, stigma, shame and isolation. As a result, many of these young women flee their communities or seek back street abortions which are not only dangerous but also illegal in Senegal. There is no medical support or care for these young women during their pregnancy or during birth and according to research, as many as one in five girls are pregnant by the age of twenty years; a horrendous statistic.

Amy Beth Miah is determined to work with her colleagues back in Senegal to begin to change this situation and she plans to return to Senegal in September to present her plan to build and operate a refuge for these young women. Others will continue their work to challenge the inequalities that perpetuate this terrible situation for these young women.

Kilmarnock YMCA is supporting Amy Beth with her vision for a women's refuge in her African community and we are confident that the peole of East Ayrshire will also want to show their support by donating. Please donate!