Ynot Treat Yourself raised £530 from 12 supporters 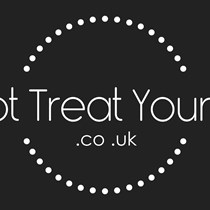 In October Daniel is climbing over 6,000m to the summit of Island Peak in Nepal.

Daniel is climbing to gain awareness & support for our Charity of the Year - Charity Secret Santa Oxfordshire 365.

In 2012, Oxfordshire Teen, Courtney Hughes launched Charity Secret Santa by collecting gifts & donating them to local hospices, hospitals & refuges. Since then the Charity has grown & it really isn't just for Christmas. From delivering blankets to the local neo-natal unit, to coats & boots for Oxford's homeless, Courtney & her Elves work tirelessly, 365 days a year, to help those in need. Courtney's work has been recognised in Parliament & even earned her an invitation the weddings of Prince Harry & Meghan Markle

To date Daniel & his company 'Ynot Treat Yourself' have raised over £5000 to pay for the expedition. We now want to price match that in order to make a sizeable donation to the Charity.

Starting with a flight into the World's most dangerous Airport Daniel will then begin his gruelling 2 week trek through Nepal before ascending Everest. At 5000m he will cross to Island Peak & climb to the summit. The climb will be physically & psychologically challenging, Daniel will need to acclimatise to the thinner mountain air to avoid altitude sickness. The Climb itself involves ladder crossing across large crevices & scaling an ice wall,

We are also looking for sponsors for the specialist kit needed for the climb.

Please see our Facebook page www.facebook.com/ynottreatyourself/ or our webiste www.ynottreatyourself.co.uk for details of the climb and for information on how the money raised will be used by Courtney and her Elves at Charity Secret Santa Oxfordshire 365.

Thanks for your Donation,

The Ynot Treat Yourself team will be back at our own base camp in Oxfordshire, while our Director Daniel flies into the World's most DANGEROUS airport & embarks on his climbing starting on Everest & crossing to Island Peak, to raise money for Charity Secret Santa Oxfordshire 365