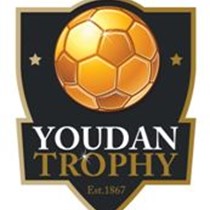 Now in its third consecutive year, The Youdan Trophy is social inclusion through soccer. This Just Giving campaign supports youth grass roots teams from around the UK participating in an International Football Tournament.

This annual tournament, played in Sheffield 31/7 to 4/8, has over 800 players, where youth teams (U14 and U16) from around the world get to compete. The tournament is played by grass roots and academy teams from leading clubs.

The Youdan Team work with grass roots teams to encourage participation in football for all its benefits – physical health, mental health, friendship, challenges, opportunities – social inclusion. This culminates in the Youdan Trophy where they compete against elite academy players from internationally renowned clubs, improving their game, mixing with culturally diverse teams &learning about the world through a shared love of football.

Some examples of the teams we work with are:

- Maiden City Academy are a non-for-profit community club based in Derry. They were formed after the signing of the Good Friday agreement to enable children from the north and south to come together and play football. The club have a very successful community programme and work with local schools. Maiden City send teams to the Youdan Trophy and they have had players scouted for teams such as Birmingham City, Liverpool and Bournemouth.

- Hillsborough Pumas are a local grassroots club based in Sheffield. They provide volunteers who help in a range of roles during the competition. At the end of the competition we provide the club with legacy kit to use in local leagues.

The Youdan Trophy celebrates the first ever football tournament, The Football Challenge Cup, presented by Thomas YoudanEsq, pre-dating the FA Cup by 4 years and played once, at Bramall Lane in 1867.

This fundraising is by Youdan Trophy (Tournament) Limited, a company limited by guarantee and formed in 2016.

Now in its third year, the Youdan Trophy professional youth boys tournament, celebrates world's first ever football tournament; the Football Challenge Cup presented by Thomas Youdan Esq. which was played only once in 1867 at Bramall Lane. https://www.youtube.com/watch?v=3VIrepLo