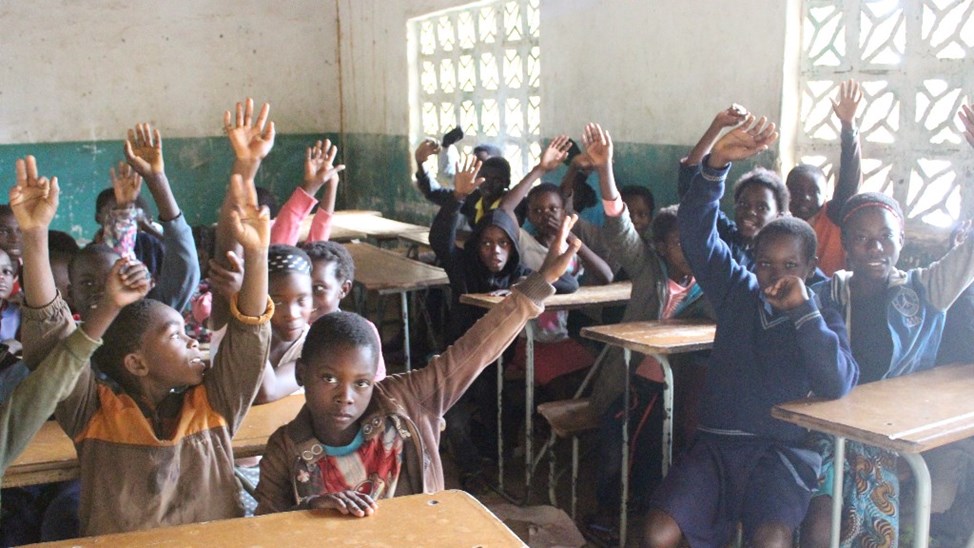 The Namanongo community believes that the most powerful way to break the cycle of poverty is ensuring that children have access to education, and they have self-organized and established a Community Education Endowment Fund to make this is a reality.
Charity Registration No: N/A
About the charity

The GFCF is a grassroots grantmaker working to support institutions of community philanthropy around the world. It helps these local institutions to strengthen and grow so that they can fulfil their potential as vehicles for local development, poverty alleviation and citizen participation.

The Namanongo community believes that the most powerful way to break the cycle of poverty is ensuring that children have access to education, and they have self-organized and established a Community Education Endowment Fund to make this is a reality. Using the Fund, the community will invest in local children's education so that more pupils can complete secondary school and attain tertiary education.

In the Namanongo community of Rufunsa District in Zambia, many pupils drop out of school after completing primary education as they fail to pay school fees for secondary education. Transition from lower to higher educational levels is not as automatic as it should be due to lack of resources. For the children in Namanongo community, the right to education remains a distant dream. Children bear the brunt of growing up in poverty, but they are neither responsible for, or in control of, their economic circumstances. The proportion of out-of-school adolescents in rural areas (15%) is double the rate in urban areas, according to a UNESCO report. The rate is worse - 19%, or nearly one in five - among rural adolescent girls, whose parents, due to poverty, are sometimes more inclined to see their daughters marry at a young age.

Explaining the depth of the problem, the Headmaster at Namanongo School, Mr Jephias Muthombeni, said each year they see a huge reduction in the number of students who enrol for grade eight. He said that out of the 74 pupils who sat for the grade seven examinations in 2018, only 35 had enrolled for grade eight, with the rest having dropped out of school as they could not afford the required fees:

You find that our enrolment for primary education is quite high because education is free. Learners are not required to pay anything, unless there is an agreement between the Parent Teacher Association and the school. For secondary education, it is a different case, pupils are required to pay 200 Kwacha ($14 USD) as the tuition fee. However, the poverty levels in this community are extremely high as families mostly rely on farming and charcoal trade, which was recently banned by Chief Undabunda. This has really affected pupils, as many parents cannot afford to pay the required schools fees for secondary education. We have seen brilliant pupils dropping out of school to become farmers, and in worse cases young girls are married off.

The Headwoman of Kabandi ward in Namanongo, Ms Emma Chikweleti, said the majority of people living in villages understand the importance of education but due to lack of money they are not able to send their children to school:

We are always hoping that with education our children and grandchildren can be empowered economically so that the poverty levels can at least reduce. We grew up poor and without access to education, our children are likely to remain poor. I see young children in this community loitering, some of them just become drunkards while others venture in the charcoal trade.

Your gift to Namanongos Community Education Endowment Fund can make a difference in the lives of girls and boys who dream of a brighter future. This work is being supported by the Zambian Governance Foundation for Civil Society, who has been working with the Global Fund for Community Foundations to build community philanthropy in Zambia.

(Photos on this page of Namanongo school students were taken with consent - from students, teachers and parents - with the subjects being aware of the purpose the photos would be used for. The photos were taken by Tarisai Jangara, Communications Specialist at the Zambian Governance Foundation, in November 2019.)

looking forward to hearing about how this initiative is improving children education, this is the basic foundation to a productive future.

What a great initiative that is aimed at helping people help themselves.

The GFCF is a grassroots grantmaker working to support institutions of community philanthropy around the world. It helps these local institutions to strengthen and grow so that they can fulfil their potential as vehicles for local development, poverty alleviation and citizen participation.