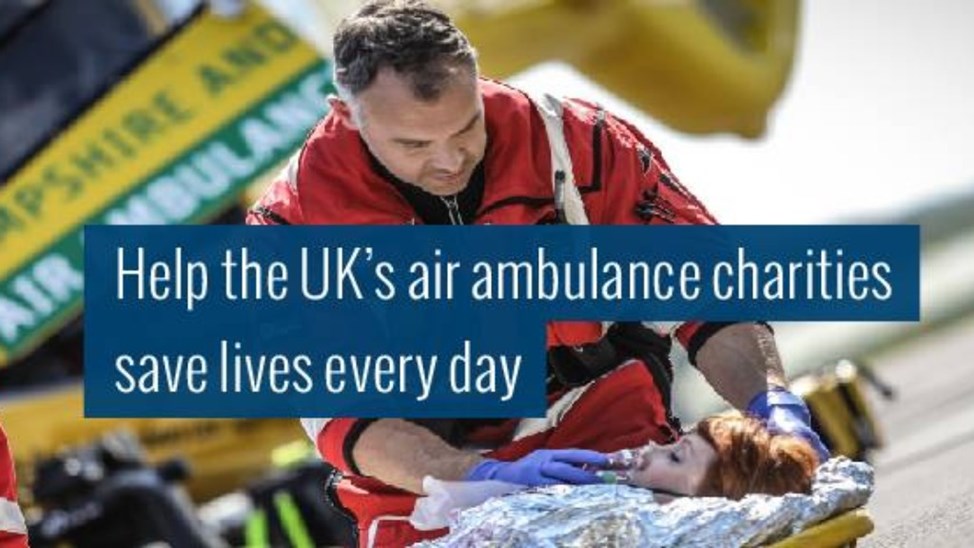 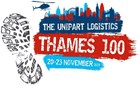 A dedicated page for all Unipart Logistics colleagues, customers, suppliers, friends and family to support The Thames 100 Challenge and UL's partnership with Air Ambulances UK.
Charity Registration No: 1161153

On the 9th May 2019 while out cycling, Unipart Logistics Chief Commercial Officer Claire Walters was involved in a serious collision with a car, only occasionally regaining consciousness in the Cornwall Air Ambulance Trust, helicopter operated by the charity which carried out lifesaving treatment at the scene, before transporting her to hospital where she spent a few days in intensive care. Its no exaggeration to say this was a life and death situation.

Without the swift intervention and access to lifesaving equipment and expertise within the hour delivered by the Cornwall Air Ambulance Trust, her situation may have turned out very differently.

For this reason, Unipart Logistics (UL) has chosen Air Ambulances UK, the official charity collectively supporting all of the UK's 21 air ambulance charities, to benefit from the 2019 UL charity challenge; The Thames 100. The Thames 100 Challenge will see a UL team walk 25 miles a day for four days from the source of the River Thames in Gloucestershire to the Thames Barrier in London between Weds 20- Sat 23 November.

"Air Ambulances UK is understandably a charity very close to my heart.

I feel lucky to have got away with just a collapsed lung, broken ribs, collarbone and vertebra, dislocated knee, and facial injuries. My recovery is going really well, and I continue to be humbled by the support and good wishes from across the business and beyond. I hope to be able to walk unaided again soon and will then be doing all I can to be ready to complete the challenge with the UL team at the end of November.

I will be forever indebted to the lifesaving work of the Cornwall Air Ambulance Trust, and hope you will support me and the UL Thames 100 Challenge team as we raise awareness, recognise and say thank you for the critical service the UK's 21 air ambulance charities provide nationwide. "

Thank you for your generous support.

I wanted to write and thank you for generously supporting The Unipart Logistics Thames 100 Challenge and helping to raise over £23,350 for Air Ambulances UK- being able to give something back to Air Ambulances has meant a lot to me.

Seven months ago, I had little appreciation of the critical work that our nations 21 air ambulance charities carry out, collectively making 70 lifesaving missions every day. Of course, we are now very aware of the critical service they provide, and its no exaggeration to say that without the immediate intervention and medical care provided by Cornwall Air Ambulance earlier this year my story could have been very different.

At the time we organised the challenge, the prospect of walking unaided seemed an ambitious target, yet alone being able to walk 100 miles in four days.

However, at the end of November, having only been walking without crutches for six weeks, but inspired by meeting the crew from my mission, and the support and company of friends, colleagues, customers and suppliers, we completed the Thames 100 walk.

I couldnt have done so without the team who completed it with me a team that inspired, motivated and encouraged each other to keep going through the flooding and obstacles we faced along the way.

Well done Clare - you are amazing and I hope to see you with your parents in Stratford- upon-Avon sometime next year.

Well done everybody - a very worthwhile cause.

Well done to all involved. A great effort and a fantastic charity to raise funds for!

Air Ambulances UK is the national charity supporting the vital work of the nation’s 21 air ambulance charities, helping to fund the delivery of this life-saving service today, and every day.