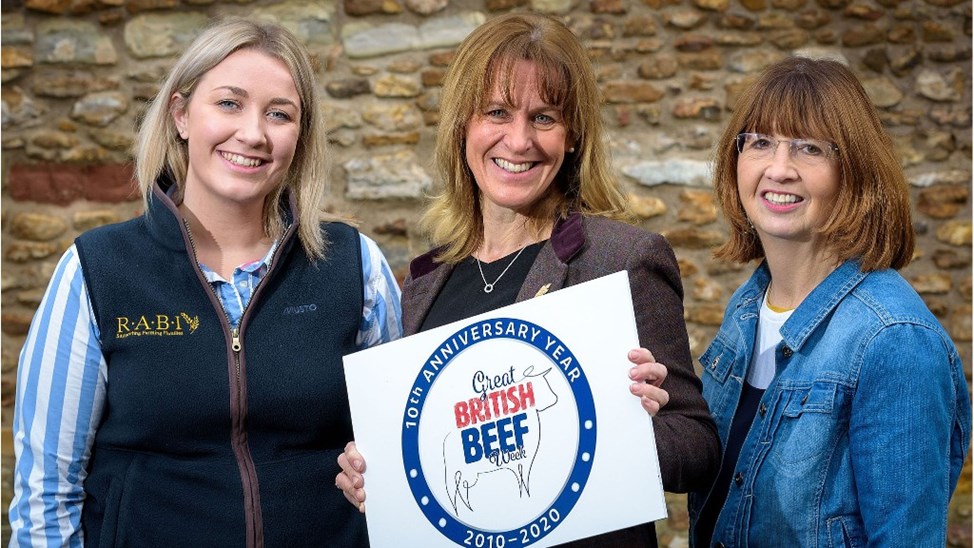 Since being involved in this annual campaign, R.A.B.I has organised more than 50 beef week events and raised £90,000 for farming people in need of financial support. Can you help us raise £10k in 2020?
Charity Registration No: 208858

The campaign is organised by Ladies in Beef, a group of more than 150 female beef farmers from across the UK who are passionate about what they do. R.A.B.I is again the campaign's charity partner.

In 2020, we'd love to raise £10k to show British farmers that we're right behind them. That's an incredible sum of money that means we can change lives for the better.

Beef farmer David, who is in his 50s, was hospitalised with heart problems, while his farm was shut down with TB. He had no savings and received no benefits. He lives alone and has no close family to support him, either financially or emotionally. He was referred to R.A.B.I by Social Services.

The financial hit from being 'closed down' for a lengthy period due to TB affected David's physical and mental wellbeing. Things got so bad he even needed to go to a foodbank to feed himself.

When one of our caseworkers visited him, David admitted he was under immense strain and felt he had no one to talk to. We worked with Social Services to help David get back to where he was before the TB outbreak and gave him a grant of £2,500 to clear outstanding domestic bills.

Physical and mental illness, accidents, animal disease, family issues, personal debt, housing issues and cash flow concerns are just some of the reasons why working people seek our help. Adverse weather also affects many in the farming sector. Last autumn, we gave out emergency grants of more than £50k to victims of flooding.

Help us support farmers during Great British Beef Week because we all have a part to play in maintaining a thriving and successful British food industry.

R.A.B.I – the Royal Agricultural Benevolent Institution – is farming’s oldest and largest charity, providing financial support, guidance and practical care to people of all ages. Tailored help is given to farmers, farmworkers, partners and dependants in complete confidence.