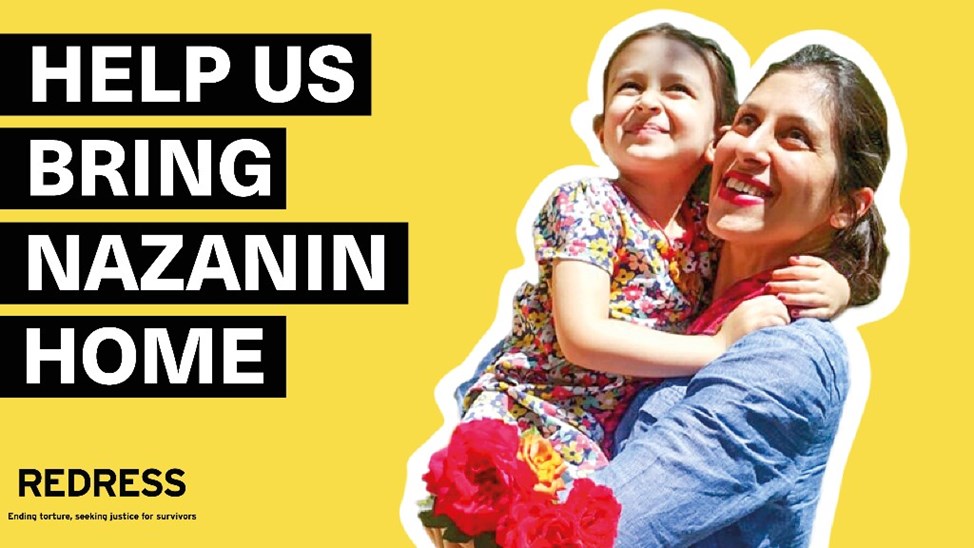 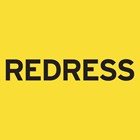 For more than three years Nazanin Zaghari-Ratcliffe has been arbitrarily detained in Iran, separated from her now five-year-old daughter Gabriella and husband Richard. More needs to be done to bring Nazanin, and others like her, home. Please donate.
Closes on 04/30/2020
Charity Registration No: 1015787
About the charity

REDRESS is a human rights organisation that represents victims of torture to obtain justice and reparation. We bring legal cases on behalf of individual survivors, and advocate for better laws to provide effective reparations. Learn more about our impact at redress.org/about/survivors-stories

Earlier this week, in the midst of a dramatic spike of coronavirus cases in Iran, Nazanin was temporarily released from Evin prison along with thousands of other prisoners. Nazanins release was a relief. Several cases of coronavirus have been reported in the overcrowded prison, and Nazanin had complained of symptoms consistent with those caused by the virus. But the authorities had refused to test her, despite her fragile health. At least now Nazanin will be allowed to be with her parents rather than in jail at this time of terrible uncertainty.

Despite her temporary release, Nazanin's case is as urgent as ever. This injustice has gone for too long. Nazanin's health has deteriorated significantly since her arrest, and she is suffering from significant mental and other physical health issues, after having been held in precarious conditions that amount to torture under international law.

Recent threats such as the coronavirus outbreak shows that there is no time to wait. Swift action is necessary to prevent further risk to Nazanin and to ensure that she does not return to prison, but home to her family, where she belongs.

Life will be happy again, the sun will come out. We will get through the rain and the grey clouds. Let us trust this dream will come true soon. - Nazanin Zaghari-Ratcliffe, detained in Iran since April 2016.

For more than three years Nazanin Zaghari-Ratcliffe has been arbitrarily detained in Iran, separated from her now five-year-old daughter Gabriella and her husband Richard.

Nazanin's health has severely deteriorated since her arrest in April 2016. She has suffered from blackouts, panic attacks, post-traumatic stress disorder, difficulty moving her arms and hands, and suicidal thoughts. Yet Iran has refused her much-needed medical treatment.

During her detention, Nazanin has spent more than eight months in solitary confinement in tiny cells without windows, and continues to be denied access to crucial medical treatment. In January 2019, Nazanin went on hunger strike for three days in protest against being denied access to medical treatment, and more recently she and Richard went on hunger strike for 15 days to demand her release.

This year we are asking for an affirmation of home a reminder still that contrary to the rumours being spread, there is an outside that is waiting, a home that has not forgotten. - Richard Ratcliffe, Nazanin's husband.

REDRESS has acted for Nazanin Zaghari-Ratcliffe and her husband Richard since 2016, bringing her case to the United Nations and advocating to the UK Foreign and Commonwealth Office to take action and to assert diplomatic protection on her behalf. In March 2019 the Foreign Secretary did so, meaning that the government recognises her as predominantly British, and that her ill-treatment and continued arbitrary detention is now a dispute between the UK and Iran. This is the first time that the UK has ever done this in a human rights case.

Despite this progress, more needs to be done to bring Nazanin home. For survivors of torture and ill-treatment who are detained, the most important form of reparation is to obtain their release. Nazanin needs all the help we can give her, and it is vital that we continue to put constant pressure on the UK and Iran to set her free.

REDRESS is raising an initial £15,000 to continue our legal and advocacy work on Nazanin's case, and cases like hers. The funds will help us continue to engage the Foreign Office and advocate on key cases to advance our efforts to make the UK's consular work more transparent and predictable for the individuals and families concerned. We will engage with the United Nations to ensure that they speak out on her behalf, and hold countries like Iran to account. We will continue to work with MPs and others with influence to get them to help even more. We will explain her case, and others, to those who can intervene, and to the general public. Through this work we can have a real impact on Nazanin's case, and help stop the same thing from happening to others.

Nazanin has not committed any crime and there is no justification for her continued imprisonment. We will keep working hard until justice is done and she can be brought home where she belongs. - Rupert Skilbeck, Director of REDRESS.

REDRESS is a specialist human rights organisation that represents victims of torture to obtain justice and reparation.

For over 25 years, REDRESS has built a strong reputation for representing torture survivors, advocating for the rights of victims, and ensuring effective reparations. We prioritise the interests and perspectives of survivors in all aspects of its work. Our lawyers work with torture survivors to bring legal claims on their behalf. We maintain close relationships with our clients and their families and have found that our experiences together can be both mutually empowering and profoundly moving.

REDRESS has worked with many torture survivors who, like Nazanin, have been arbitrarily detained and suffered mistreatment abroad. Her case is one of over a hundred cases each year in which British nationals allege that they have suffered serious human rights violations abroad such as unlawful arrest and detention, unfair trials or torture and ill-treatment. Our report Beyond Discretion described the horrific experiences of several of our clients. REDRESS has sought to defend the rights of British nationals detained abroad and increase the protection that they receive from the UK government.

As a charity, all our work is free of charge for survivors and their family members. We rely on the generosity of supporters to help us provide support for our clients and achieve positive outcomes for torture survivors which can have a long-lasting impact on their lives. With your support we can continue to make a difference.

Your contribution matters, please donate and share this page with your friends, family and on social media.

Hoping that Nazanin can be reunited soon with her husband and little girl. 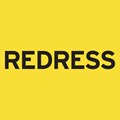 REDRESS is a human rights organisation that represents victims of torture to obtain justice and reparation. We bring legal cases on behalf of individual survivors, and advocate for better laws to provide effective reparations. Learn more about our impact at redress.org/about/survivors-stories