Our campaign is now complete. 33 supporters helped us raise £590.00 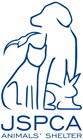 Heston, a Sulphur Crested Cockatoo, arrived in our care in March 2018 and due to her requirements a very special home was needed. Unfortunately we have struggled to rehome locally and she is now moving to the Lincolnshire Wildlife Park.
Closed on 05/31/2019
Charity Registration No: 68
About the charity

Please help us to continue our vital work to care for Jerseys unwanted, sick, lost, aged companion animals and wildlife. We desperately need your support as a whole community to help us survive.

Heston, a 10 year old medium Sulphur Crested Cockatoo, arrived at the JSPCA in March 2018. Heston is a unique cockatoo and due to this her requirements for a home were very specific. Despite our efforts we have struggled to rehome Heston locally as she needs a very experienced owner who was happy to continue implementing her training, provide a large enclosure and provide constant stimulation and interaction.

In late 2018 we contacted Lincolnshire Wildlife Park in the UK. The National Parrot Sanctuary runs from there and it is the largest of its kind. They have over 30 years experience in Parrot care and rehabilitation and over 1000 parrots currently residing within it. We were lucky enough to be offered a space for Heston so she could finally find her forever home and settle down. Since then we have been working behind the scenes to get Hestons paperwork all cleared by Border Force in the UK for legal importation to the UK.

Once we received the import and export licenses through we contacted Condor Ferries who have been very generous in providing us with reduced sailing costs to transport Heston to the UK via ferry. Once docked in Poole a member of our staff will be driving Heston to Lincolnshire Wildlife Park, her new home.

As you can imagine the cost of transporting an animal to their new home in the UK does not come cheap. Therefore we are fundraising for the transportation costs to get Heston to her new home. We are so lucky to have found Heston a new home and are so grateful for Lincolnshire Wildlife Park for offering to take her on as we know she will love it there. We love a happy ending when an animal finds a home but Heston's story really has warmed the hearts of all the staff here at the JSPCA as Heston is such a character and deserves her forever home, over one year after being given up to the JSPCA.

Heston will be travelling to the UK in May :-)

We would also strongly recommend that people considering this type of pet should do their research to ensure the best possible home can be provided. So pleased for Heston to be moving on to the next chapter of her life.

Well done to you all and good luck to Heston! 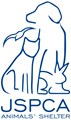 Please help us to continue our vital work to care for Jerseys unwanted, sick, lost, aged companion animals and wildlife. We desperately need your support as a whole community to help us survive.