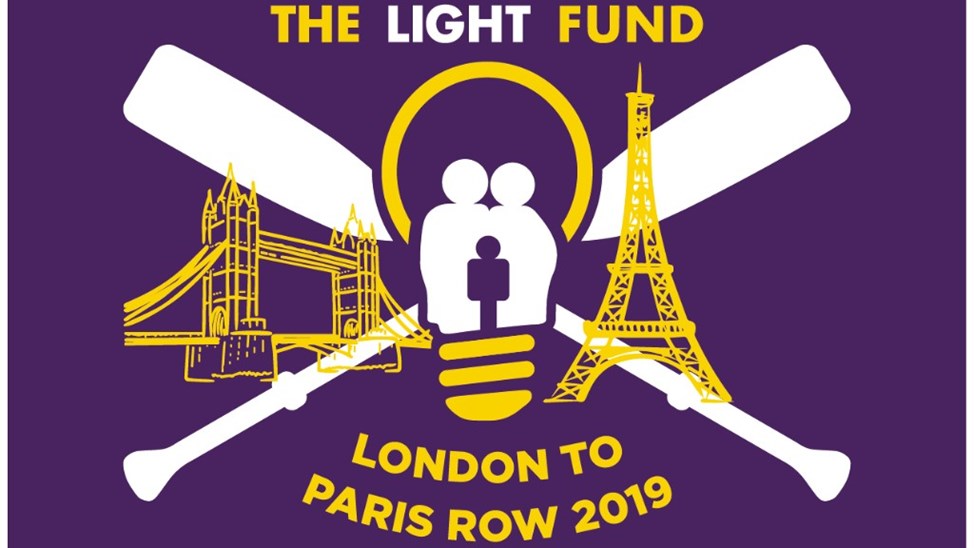 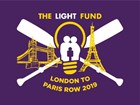 The London to Paris row begins on April 28 at London's Tower Bridge. 7 consecutive days of rowing, to arrive in Paris on May 4/5 (weather dependent). You can track the crew's progress here: http://bit.ly/L2PLF & via daily blogs on LicensingSource.net
Closed on 06/30/2019
Charity Registration No: 1145596

** You can track the crew's progress here: http://bit.ly/L2PLF & via daily blogs on LicensingSource.net **

The crew list for April's epic London to Paris row in aid of The Light Fund has been confirmed, with execs from across a number of sectors of the industry set to pick up their oars.

The event which is aiming to raise £50,000 for The Light Fund begins on Sunday, April 28 at London's Tower Bridge. The aim is to cover seven consecutive days of rowing, with the plan to arrive in Paris on May 4/5 (weather dependent).

The crew is as follows:

Rob Corney (md of Bulldog Licensing) Rob has been rowing for over 20 years since starting at Durham University. He continues a very active engagement in the sport and has participated in previous endurance events, including The Light Fund Malta Swim.

Graham Saltmarsh (director of licensing, Northern Europe, Cartoon Network) although Graham has no rowing experience, he has participated in recent endurance events, having spent four days at Nuremburg Toy Fair (it felt longer). His maritime experience includes the one-time sinking of a pedalo.

Marise Tallon-Gevaux works as a programme manager in HR and, when shes not competing in Iron Man or Triathlon events, she is rescuing cats (6 at the last count). She has extensive rowing experience and, in addition to the London 2 Paris, plans to compete in the Copenhagen and Florida Ironman competitions this year.

Jason Goonery (licensing co-ordinator for SEGA) although he is a novice rower, Jason has extensive experience of endurance events having run several marathons and participated in Tough Mudder, the Spartan Race and a 24-hour race.

Sion Aykroyd (director of Aykroyds & Sons) Sion has no rowing experience but has taken on a number of endurance events previously, including a Tough Mudder, the 3 Peaks Challenge, the Cardiff Half Marathon and an Everest Base Camp Trek.

Sam Coates is an engineering consultant with WSP who started rowing in April 2018.

Adam Robson (sales Director with Aykroyds and Sons) has previously taken on the 3 Peaks Challenge and Tough Mudder to raise money for the Brain Tumour Charity (which is close to the hearts of all at Aykroyds). He is a rowing novice, though his short arms and legs makes him a natural for coxing (apparently)!

Jenny Honeyball is an engineering helpdesk manager with Landmark Facilities Management. She has competed in the pole vault at national level and has run in two London Marathons.

Rob Broadhurst (sales and licensing for Aykroyds & Sons) sporting accomplishments were most notable on the rugby pitch, though he did take on the Equinox Run for The Light Fund in 2018. He is hopeful that many hours in the boat during the L2P will serve to improve his agricultural technique (were not sure if this is a joke)

Sam Ferguson (vp global licensing for Jazwares) is a keen sportsman but is entering the row off the back of a serious injury which required surgery to a ruptured tricep just 6 months ago. This, coupled with the recent birth of his daughter means Sam is hoping the L2P will help reform his Dad Bod back to its former glory, but hopes the chafing from the lycra wont be too inglorious

Elliott Matthews (md of Poetic Brands) comes to the L2P with no rowing experience, but plenty of time on a bike having competed in a number of distance challenges. Although this means hes at home in lycra, he is so far unsure of his seasickness rating.

Ben Harrison (vp in the HR team at Sega Europe) has extensive sporting experience and regularly participates in triathlon competitions.

James Kyte after stints at both Pyramid and Thumbs Up, James is now the commercial director for the Youth Sports Trust, a charity which is passionate about creating a future in which every child enjoys the life-changing benefit that comes from play and sport. James has played rugby to a good standard and has been a keen indoor rower for several years and is particularly excited by the prospect which the L2P affords of sitting mid-point in the Channel, in the pouring rain, benefitting from the coaching of Rob after 43 hours without sleep

Matt French (licensing manager for Sambro) has been a keen footballer for many years and enjoys running, but the L2P will be his first rowing event.

Anne Bradford - Licensing veteran vs Rowing Novice. Better known for time spent in the water swimming than on the water. Previously completed Coniston 5.25 miles end to end swim for the Light fund last year. This year her Light Fund challenges include taking on the London to Paris row and going on to complete a 10km Swim in September and a half Marathon in November. Aspires to complete an Iron Man for the Light Fund having been a member for a Triathlon Club for a number of years now but, yet to compete in Triathlon due to injury !! Maybe Iron Man will be the first one! Well done what an achievement

Well Done Sam and team for rowing for so long across a very busy channel. 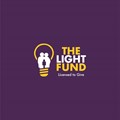 The Light Fund is a fund-raising body set up in 2004 by like-minded members of the licensing industry in the UK to raise funds for specific charitable projects aimed at men, women and children. Details of the causes supported and more information on the Light Fund can be found at www.lightfund.org