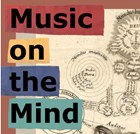 On 23/24 November we will be recording and performing Music on the Mind, an exploration of the complex and sensitive issues surrounding mental health. Stephen Fry described it as 'simply fantastic'. Please help us to share it with a wider audience.
7 days remaining
Charity Registration No: 1150514

Vox Holloway Community Choir is celebrating its tenth anniversary in 2019/20 with a series of performances bringing together the best of its work from the last decade as well as challenging new commissions. In November 2019 we will be performing Music on the Mind at the Shoreditch Town Hall.

To celebrate our anniversary we plan to make a professional recording of this remarkable piece by Harvey Brough with libretto by Justin Butcher. We will be joined by mezzo soprano Clara Sanabras and the David le Page Ensemble.

We are excited to be performing in the Shoreditch Town Halll which is a new venue for us but we also want to be able to share the piece with a much wider audience by creating a professional recording involving the whole choir.

Music on the Mind is a two-part exploration of the complex and sensitive issues surrounding mental health. The first half creates musical settings for poetry by John Clare, Samuel Taylor Coleridge, Emily Dickinson and others, whose creative genius reflects their struggle to cope with madness. The second half is based on Kay Redfield Jamisons ground-breaking memoir, An Unquiet Mind, a frank and often funny account of her struggles with manic depression, otherwise known as bipolar disorder.

Stephen Fry acclaimed Kay Redfeld Jamison as one of his personal heroes, and described Music on the Mind as 'a simply fantastic project' after its premiere in 2015.

Really looking forward to the recording of this splendid work. All the best to all involved.

So sad I was too exhausted to attend yesterday at Shoreditch. Know firsthand the horrors of mental illness. Look forward to this project being available. Best wishes Heather Sceats' sister

We're open to all: there are no auditions and you don't have to have any experience. We perform an eclectic range of classical, ecclesiastical, folk, pop and world music. Our next project is to record Music on the Mind at the Shoreditch Town Hall. Go to our Music on the Mind campaign to support us.

£350.00
Charities pay a small fee for our service. Find out how much it is and what we do for it.