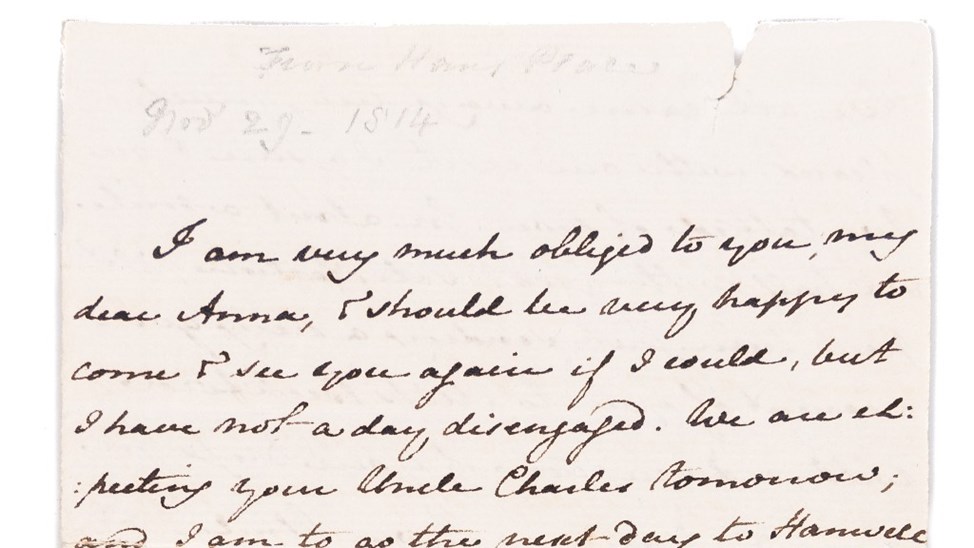 Urgent: Save this precious Jane Austen letter for the public

A precious letter by Jane Austen is currently for sale and Jane Austen's House Museum urgently needs your help to save the letter for the public. We have until 31 July 2019 to raise £10,000 towards the purchase cost. Please give generously today!
Closed on 08/16/2019
Charity Registration No: 1156458

Update on our campaign to save Jane's letter:

Thank you so much for your generous support. Our public fundraising target of £10,000 has been reached. We are now finalising the details to secure the letter for the Museum collection, and will be sharing more news shortly. If you haven't yet given to the campaign, we welcome further donations, all of which will be used to support the purchase of the letter.

We urgently need your help

A precious section of a letter by Jane Austen has recently appeared for sale and Jane Austen's House Museum urgently needs your help to save this unique piece of Austen history.

The Museum has so far secured a proportion of the £35,000 negotiated purchase price, including £9000 to be drawn from the Collecting Cultures grant awarded to the Museum in 2015 by the National Lottery Heritage Fund.

We have until 31 July 2019 to raise another £10,000 towards the purchase cost of this rare and important fragment and to bring it home to the Museum for the public to enjoy. If we are unsuccesful, the letter could be lost to private hands.

Thanks to the support of funders including the National Lottery Heritage Fund, we are well on our way to seeing this important item safe and secure in Jane Austen's own home. We are now calling on the Museum's loyal supporters to take us over the finish line.

Please give generously today to ensure that this irreplacable letter can be forever kept in a public institution for the benefit of all.

Jane Austen's House Museum, the most treasured Austen site in the world and the only house open to the public where she lived and wrote, holds an unparalleled collection of Austen objects, including 12 letters written by her, as well as other letters written by her close family circle. Additional Austen treasures held by the Museum include Jane's jewellery, first editions of her books and the table at which she wrote her much loved novels.

Rescuing this irreplaceable letter fragment will allow the Museum to build its collection of Austen letters and advance the Museum's vision to cherish and share Jane Austen's home, work and legacy as an inspiration to the world.

If successful in our campaign, the Museum will display the letter for the rest of the year as part of the current exhibition 'Making the Museum', celebrating the 70th anniversary of the opening of the Museum, and we plan to include it in future displays for the public to enjoy.

The letter, dated 29 November 1814, was written by Jane during a visit to London, where she was staying at her brother Henry's home.

The letter was subsequently dismembered into five portions (two of which are now lost, one is in the British Library and one is in private hands); the piece that we are aiming to rescue is the principal portion, consisting of the first 40 lines.

The letter finishes with a trip to the theatre and a typically Austenian quip: 'I took two Pocket handkerchiefs, but had very little occasion for either.'

Time is running out

The seller has agreed to reserve the letter for us until Wednesday 31 July 2019, to allow time for fundraising, but time is running out.

The Museum has just six weeks to raise the additional £10,000 required to save this special piece of Austen history. Every penny donated takes the Museum closer to bringing this irreplaceable letter home.

Your donation will help us to ensure that this letter can be forever kept in a public institution for the benefit of all, and assists Jane Austen's House Museum in furthering our vision to cherish and share Jane Austen's home, work and legacy as an inspiration to the world.

Everything Jane wrote is precious! 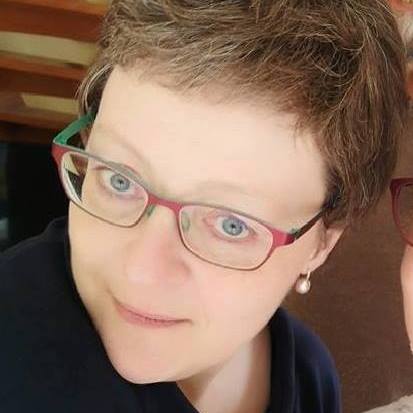 Wonderful to see the target has been reached, and know you will put the surplus to excellent use!

I'm pleased to support the effort to secure this precious letter for the Jane Austen House Museum.

Jane Austen's House Museum was the home of Jane Austen for the last eight years of her life and is where she completed all of her novels. The Museum is run by an independent charitable trust and receives no regular public funding. The Museum relies on visitors and public donations to run.

Urgent: Save this precious Jane Austen letter for the public