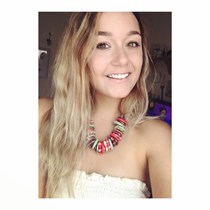 I'm jumping 15,000 ft out of a plane (with a parachute!) on the 23rd July, to raise money for a gorgeous little boy who has been through so much at such a young age of 4! I couldn't imagine going through what his brave parents are going through let alone what their little man is going through!
Anything you can donate will help towards his treatments, care and quality of life.

This is George's story -

George was first diagnosed with acute lymphoblastic leukaemia in November 2014 at the age of 22 months.
George under went intense chemo, he was taking part in trials. In the treatment of this type of leukaemia, to see if it would of offset complications for him and other children in the future. Following the treatment George was receiving he went into remission. And continued to have chemo at home everyday as part of the fore mentions in home trials. 14 months into remission George relapsed in October 2016.
This was obviously devastating news to the family. This meant that George would have to undergo very intensive chemotherapy, working towards him being admitted into bristols children's cancer unit. To ultimately have a bone marrow stem cell transplant to get to the stage George has had to go through 4 lots of cranial blasts radiation, following by twice daily full body radiation treatment, along with high doses of chemotherapy, to absolutely destroy the ( leukaemia) and his own immune system.The bone marrow was harvested on the 27th of April 2017. From a most kind lady in the USA and George started receiving the transplant on the evening of the 28th of April 2017.

I am so excited to be a part of something that is going to help such a brave little lad and his family. As someone who has a big heart, this really means a lot to me so please donate!