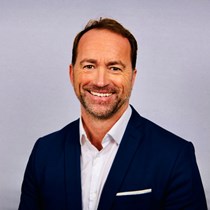 Weʼve raised £2,595 to contribute towards travel costs and expenses for Veteran Teams during tasks to support the NHS and Care Homes over the coming months.

As a former Royal Marine I could not be prouder for the overwhelming response having reached out to the Armed Forces Veteran community to support our NHS and Care Homes at a time when they need it the most.

Over 700 former military servicemen and women came forward within 24 hours to serve their country for a second time, to step up again against an invisible enemy.

It’s a reversal of the roles played by both in recent wars, as veterans step forward to support doctors and nurses.

With 14 x 10 man Teams already assembled, some are being tasked to Care Homes across the South while others are heading to the Nightingale Hospital at Excel in London.

My role is voluntary as a Team Co-ordinator but the Team members, when tasked, will have the chance to gain short term employment.

We are very grateful for any contributions towards travel costs and expenses as many are travelling from far and wide, and anything like this will make a huge difference.