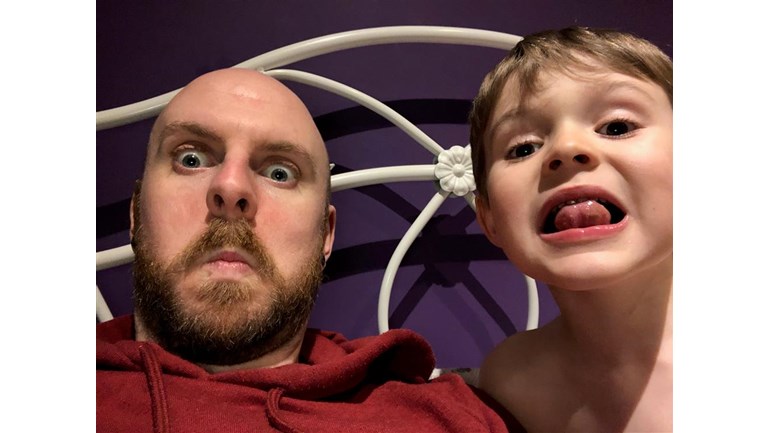 We support treatment, research and care to make our hospitals even better

This is the big one!!

Harry's last appointment was December 2018. This was an absolutely incredible feeling. As some of you will know, Harry was born with a large tumour on his spine, which was removed when he was just 13 days old. Since then he's attended regular appointments at the Children's Hospital to check that he has no regrowth of the  tumour, and that the repair to his bum is as it should be.

Throughout this whole process the care we've all received from the children's hospital has been amazing. From the day Harry was born through to today I've been bowled over with the hospital and the staff. You might know we've done a couple of these bike rides already, both of which felt like massive challenges at the time. But with Harry's time under the care of the hospital coming to an end we've decided to do something genuinely scary to try and raise some money for the hospital and say a small thank you for all the care we've received.

So. In June we will be riding over 1100 miles. From Barcelona back to the Royal Manchester Children's Hospital. For context that's 1100 miles crossing 3 countries, one mountain range and nearly triple the distance of anything we've ever attempted before. We're going to need to bring a camper van with us, because we won't be able to stretch further one day to get to a hotel like we've managed before. We've also got a whole team of riders this time around: 7 of us, some of whom bought their first road bikes specifically to take up this challenge, none of whom have ever attempted anything like this before!

It's going to be an adventure, with some serious hard work along the way. Any help you can give to RMCH to support the amazing work they do is massively massively appreciated. Thanks!