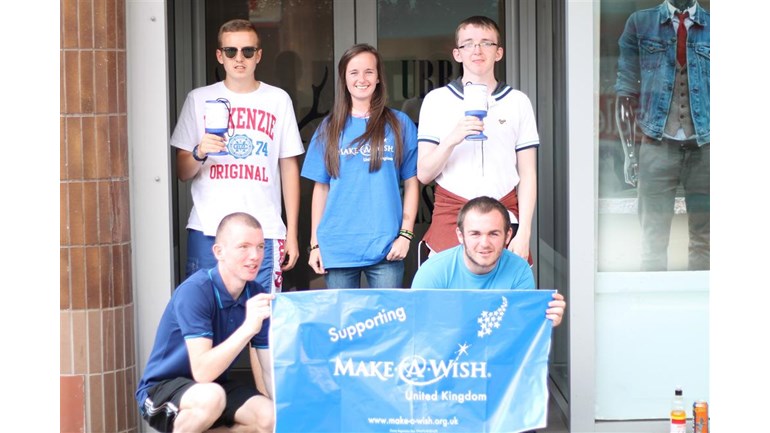 We create life-changing wishes to children with critical illnesses

Reeltime Music, in Partnership with North Lanarkshire Council 16+ Bellshill Learning Hub have made a community music video to raise money and awareness for the Make-A-Wish Foundation® UK.

Featuring the cover of the hit Monkees song 'I’m a Believer', the video has participants from various community groups and schools including Reeltime Music staff  and volunteers, Bellshill and Motherwell Community Learning and Development Youth Work Teams, Taylor High School, Newarthill Primary School. The Big Music Project and The Young Sound all of which made a donation in order to take part.

The young people from the Hub came up with the idea and challenged themselves to get the video filmed over a 12 week period. They are hoping to raise £200 and  make the video go viral on social networking sites and YouTube by getting more than a million views in order to raise awareness for Make-A-Wish. The group launch their community video online on 18th July 2014 and can be viewed at : https://www.youtube.com/watch?v=Hu3HsmSf37Y

You can support their Make-A-Wish music video by donating at the Bellshill 16 Plus Just Giving page : http://www.justgiving.com/16PB

Since being established in the UK in 1986, Make-A-Wish has transformed the lives of more than 14,000 seriously ill children by turning their One True Wish into a reality. We receive no government funding, so rely on the generosity of our supporters to make these wishes come true.