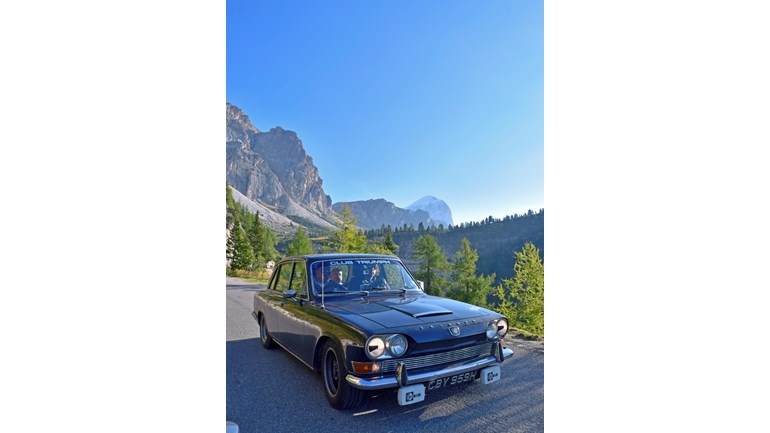 Firstly, we should introduce the team… and the most important member, The Blue Bus… a 1969 Triumph 2000 Mk1 Saloon. Over the last few years, The Bus has been fully recommissioned after 25 years spent off the road (most of which was in a pile of cars in a breakers yard). Then we come to The Bus’s owner, Ellis who’s main hobby seems to be trying to break cars, Dale who ends up fixing The Bus, and Keith who used to help fix The Bus, but got wise and moved to Scotland.

The Club Triumph Round Britain Reliability Run is a charity based event we have all taken part in before… tasking entrants to follow a suggested route of approx. 2000 miles via allocated checkpoints in 48 hours with no overnight stops, starting in North London on Friday evening and returning Sunday evening via John O’Groats, Wales and Land’s End.

We hope to raise a lot of money for this year’s nominated charity (Epilepsy Research UK), one close our hearts as we lost a close friend last year due to the condition. So if you can spare a small amount, we’d appreciate the help towards our target… we will obviously accept large donations as well (thank you!) – Between us we own a multitude of classic cars that drop varying amounts of oil, by donating, you will ensure your driveway will not be inflicted with these (unless invited).

All costs associated with the run (entry, fuel for vehicle and drivers etc) will be covered by the team, so you are assured any funds donated will go to the charity via JustGiving.