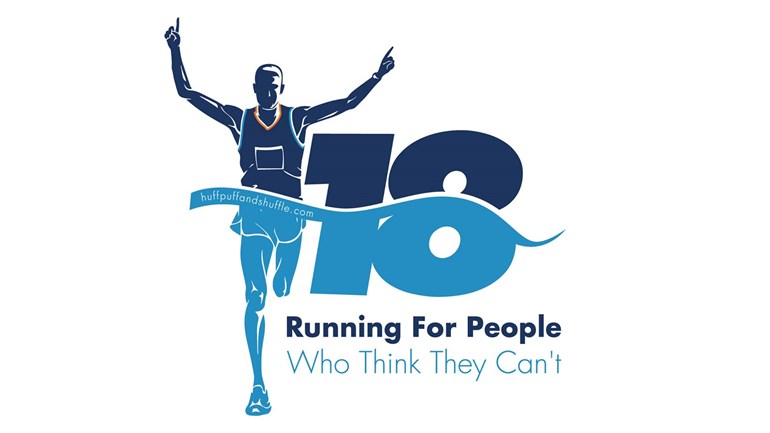 If you’ve visited my blog before you’ll maybe be aware that I’m attempting to run 18 half marathons this year (#18in18). To many experienced runners, it might not sound a big deal but to me it’s potentially quite an undertaking.

So far I’ve done nine out of the 18. I’m halfway there (I’ll leave the obvious Bon Jovi reference but I bet you’re already singing it!) but that still means I’ve got another nine to go … and all before the middle of October when I hope to end the series at the Royal Parks Half.

Anyone new to this might be wondering what I’m doing, why I’m doing it and so on. Hopefully the following will answer some questions:-

Am I doing it for charity?
Not primarily but I would also like to use the challenge to raise something for Diabetes UK.

I ran my first London Marathon for them and since then have received lots of advice and support not only from the charity but from their other runners, and have made some good friends along the way. So I’d like to give something back. I have no set fundraising target, no charity places to pay for, I’m paying for all my races myself and funding my own travel. Everything I raise is going straight to Diabetes UK.

I’m aware that everyone seems to be rattling their virtual collection tins under your nose these days but if you would like to donate something to help Diabetes UK continue their research and support into the condition then I’d be delighted and honoured if you could.

No worries if you can’t at the minute, this is a year-long challenge so maybe you could do so further down the line.

Why do it?
Lots of reasons. The idea initially came to me when I missed out on a ballot place for the London Marathon. In the past, training for the marathon has helped keep me running and active but, without that to motivate me, I knew I needed something to maintain my focus not only during ‘marathon season’ but throughout the entire year.

Then I thought about it a bit more. I don’t know if I can do this. Yes, I *think* I can, and I’m confident (at the minute) that I can but I know it will be a real challenge.

I’ve got Type 2 Diabetes and other unrelated health problems, I’m carrying too much weight and you’ll always find me trundling along at the back of a race. I’m not an athlete. I’m just an ordinary bloke from Northern Ireland trying to do something to better himself.

So, I thought, why not go public with this challenge and use it to help or inspire others in a similar position?

A lot of us have thought about running and duly dismissed it. “I’d be too slow, I’d be laughed at if anyone saw me, I’d finish last, I’m too fat, I’m not fit …”. I’ve heard them all and I’ve used them all.

I’m not for a moment suggesting that anyone reading this drops everything and goes out to run a marathon or half marathon or anything like that. But, if I can inspire even one person to take up running regardless of how far or how fast then it’ll be job done as far as I’m concerned.

I am the dictionary definition of “If I can do it anyone can.” … I’m running for people who think they can’t.

What races am I doing?
It all started in early March with The Big Half in London, and ends with the Royal Parks Half in October. But it’s not all London based, far from it. I live in Northern Ireland so a lot of the races will be at home which is practical for both logistical and, more importantly I guess, financial reasons.

For example, my second race was the Larne Half Marathon, my third was a virtual run around my hometown with number four comng on VLM day when I swapped Greenwich Park for Greenisland Golf Club.

Number five took me back to London to the state of the art facilities of the Olympic Park whilst the sixth, in stark contrast to that, centred on the aforementioned village of Lacock and all its history and scenery.

Lucky number seven was back in NI (Lisburn) before, four days later, I was off on my travels again to Swansea and then, a couple of weeks after that, I could be found plodding through some disused railway tunnels in Bath!

My schedule is almost complete with just three races remaining.

All I ask of you is to follow my progress, read my blogs, offer your support, make a donation to Diabetes UK if you like. I know I’m being selfish, but I’ll need your backing to complete this.

However, what would really encourage me is hearing your story. Has my challenge inspired you to put your trainers on and go for a run, maybe even for the first time? I’d love to hear from you. Are you already a runner but have suffered from the same doubts and lack of self-belief as me? Any hints or tips? Let me know.

But, please, keep tabs on my progress and keep in touch. Hopefully it’ll be fun and interesting and, for me, not too sore on my old body!!