Nigel Henshaw
Fundraising for ME Association 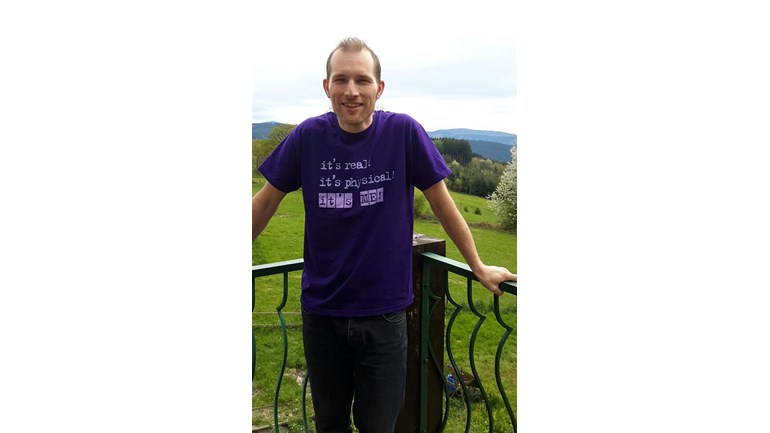 My wife, Michelle, has suffered from M.E for 23 years.

For me personally, it has been hard for me to watch Michelle struggle every day with M.E, even the smallest task seems like an impossible feat.  Just taking a shower is enough to deplete her energy for the day, and she feels permanently ill.

If she is able to get out of the house she has to use a wheelchair, as walking or standing for more than a few minutes is very difficult. Every aspect of life has to be carefully planned to try to minimise the impact of even the smallest exertion as the "payback" of post exertional malaise can take weeks or more to recover from.  Spending time with friends and family is often too much for her.  Also the psychological aspect of not being able to work, or leave the house for weeks on end, and the feeling of watching life pass you by is difficult to cope with. Added to that is the indifference and disbelief displayed by some doctors over the years.  We have tried many different forms of treatment and care which has been both exhausting and expensive, not to mention the devastating effects of having your hopes dashed when a new treatment does not work.

ME or Chronic Fatigue Syndrome, is an illness that blights the lives of 250,000 people in the UK today.  Their joints and muscles ache unbearably; restful sleep eludes them; and ‘brain fog’ clouds even the smallest judgement.  It changes their lives drastically – disrupting education; making employment impossible; and straining family relations to breaking point.  People may be housebound or confined to bed for many months or years.  There is no known cure.

We have chosen to raise funds for the ME Association because they both fund research and offer much needed support.

The 23 weeks from 12th May takes us to the day 20th October which is our 20th Wedding Anniversary!

The ME Association campaigns hard to get ME recognised as a severe neurological illness. Our helpline provides essential information and support to adults and children who have ME/CFS, and to their families and carers. We also fund biomedical research into the physical nature and causes of ME/CFS.