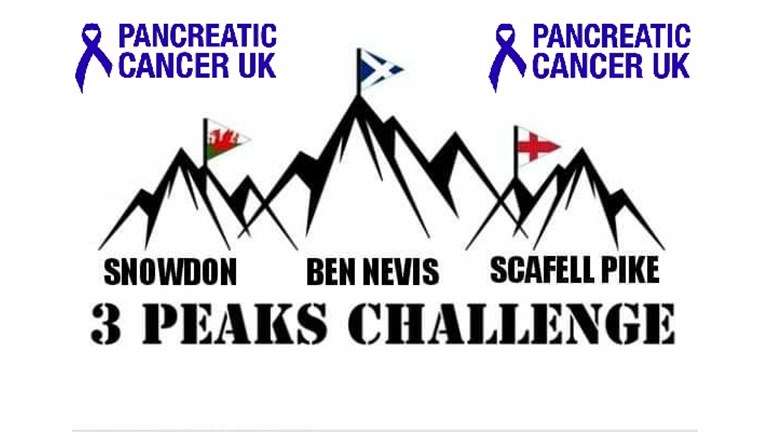 We are attempting the National 3 Peaks Challenge! for Pancreatic Cancer UK because Its a horrible illness!

We fund research, provide support, campaign to take on this tough cancer together.

Our Team of 6 Challengers will attempt to complete the National 3 Peaks Challenge.  This is a trek up and down the following....

These are the highest mountains in Scotland, England and Wales respectively, including the highest in Great Britain, Ben Nevis!

Our ultimate aim is to try and complete this in 24 hours, this will include travelling time between the 3 mountains!!!

As part of our challenge team, 4 complete novices will be climbing.....

....and 2 will have the biggest job of driving the climbers in between mountains/countries......

It will be a HUGE challenge and the reason we are taking it on is we recently lost one of our colleagues, Andrew John to Pancreatic Cancer.  This is a horrible illness that mostly goes undetected until it is too late. Its not the first time this has affected someone close. Another colleague Claire John lost her mum Jenny to the same illness.

We want to try and raise funds to help create more awareness and research into identifying and stopping Pancreatic Cancer.

Pancreatic cancer: the toughest cancer to diagnose, treat and survive. 1 in 4 people won’t survive a month. 3 in 4 won’t survive for a year. We fund research, provide support and campaign to take on this tough cancer together.

Charity Registration No. 1112708
Find out more about charity fundraising