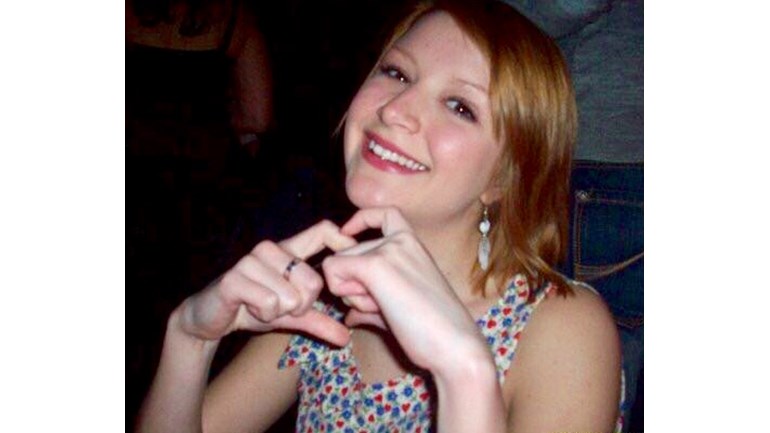 National Three Peaks Challenge in memory of our beloved Katherine

A peculiar group of Men & Woman are set to embark on a gruelling challenge on 7-8th June 2018 which will involve climbing the three highest peaks of Scotland, England and Wales within 24 hours.

This challenge is being done in memory of our beloved Katherine and to raise awareness of the importance of fundraising for Cancer Research.

Our beautiful Katherine sadly passed away in September due to Metastatic Melanoma.

For those that are unaware of what Melanoma is, it is a type of skin cancer that develops from cells called melanocytes. These cells give our skin its colour.

Back in early 2011, Katherine found a blister like lump on the back of her neck. Tests revealed that it was in fact Malignant Melanoma (Stage 2a). Through surgery it was removed and the lymph nodes in the area were also removed to establish whether the cancer had spread. It hadn't (at that stage) and for the following 5 years she would have routine quarterly check ups for the first 3 years and then every 6 months for the final 2 years.

It was Xmas 2016 when Katherine found a pea-sized lump in her right arm. With her past medical history we were all concerned and as soon as she could, she visited the GP. She was referred and in January 2017 scans revealed that the original cancer had spread to her main organs including her brain, lungs and liver.

Katherine began a tablet based combination treatment called Dabrafenib and Trametinib immediately. This had worked wonders initially. Katherine was scanned every 3 months and the first scan results revealed that all of the cancerous legions had shrunk in her body and none of the legions were swollen. The next scan results had gone one step better revealing that she was now cancer free below her neck and it had cleared from all of her organs apart from one - her brain.

Not to let the news deter her, she continued to battle on and underwent targeted radiotherapy in July hoping that it would have the desired effect. Katherine began to feel more sleepy and struggled with the steroids that assist with the radiotherapy symptoms.

The scan results after our lovely holiday in Majorca revealed that the cancer had slightly worsened in her brain but that it was stable. That was on 7th September. During that consultation we were informed that Katherine would start a new treatment called immunotherapy. This was due to start on the 18th September. Unfortunately she didn't get the chance to start that treatment and sadly passed away a couple of days later. Katherine was 29 years old.

Although a short one, Katherine achieved so much in life. Katherine studied Radiography at University and became a Radiographer working at Guy’s & St Thomas Hospital before moving on to The London Clinic. Family, friends & colleagues alike universally adored her. She was beautiful to us in every single way. Facing adversity throughout the last year, she continued to show compassion and put others before her. Although unclear of her future and the struggles she had experienced, Katherine remained dignified whilst maintaining her selfless manner. She made a huge impact on every person to have crossed her path. It is very hard to come to terms with the fact that somebody so young, bubbly and so full of life had their life taken away from them at a tender age.

Unbeknown to me, Katherine had kept a journal detailing her numerous thoughts and feelings. Amongst the personal notes she noted the fact that 1 in 2 people born after 1960 will be diagnosed with some form of Cancer.

Melanoma is the 5th most common cancer in the UK

That is why it is imperative to support Cancer research in every way possible. Making families aware of the early signs of cancer is vital, as you want to give people every chance in their fight against this terrible disease. Receiving early treatment could help avoid the loss of people so near and dear to us all.

We (Katherine’s family & friends) hope other families won't have to experience the same feeling of grief we feel each day as well as the sudden feeling of your entire world being turned upside down by the loss of somebody you love so very much.

Here is an extract from Katherine’s journal that shows her praise and support for those key in the fight against Cancer:

"Doctors, scientists, researchers, scientists and trial participants are amazing! They are incredibly clever, hardworking and have used their talents to help people. They continue to push boundaries and are coming up with new treatments all the time. The medication I am receiving in 2017 didn't even exist a few years ago and its all down to their absolute badassery! I Salute you all"

I am sure she left an imprint on all your hearts through her happy positive outlook on life. Help us continue her legacy of helping others.

Katherina we all love and miss you dearly. You will forever live on in our memories.

FYI the team of walkers are: