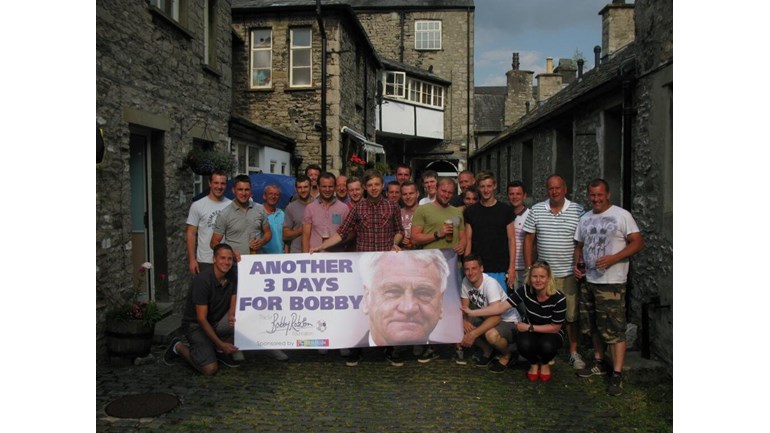 We are participating in a charity bike ride for Newcastle Upon Tyne Hospitals NHS Charity because we want to help find a cure for Cancer.

We support the Newcastle Hospitals to Improve the patient experience

3 Days For Bobby will be starting again this year with a sponsored bike ride covering 150 miles (probably more...... we get lost quite a lot), starting at St James' Park, Newcastle and ending at Lancaster castle, Lancashire.

Sir Bobby said he would give up a year of his life to the charity.  In fact he became so passionate about it that, despite being very ill, he spent his last 18 months doing all he could to raise funds to help others facing cancer.  He said he hoped it would become his legacy.

We aim to raise additional funds for the Sir Bobby Robson Foundation which specialises in the early detection and treatment of cancer, as well as clinical trials of anti cancer drugs.

Sir Bobby described the foundation as his last and greatest team and also said it wasn't a question of if we beat Cancer but when we beat it.... LETS TACKLE CANCER

Charity Registration No. 1057213
Find out more about charity fundraising