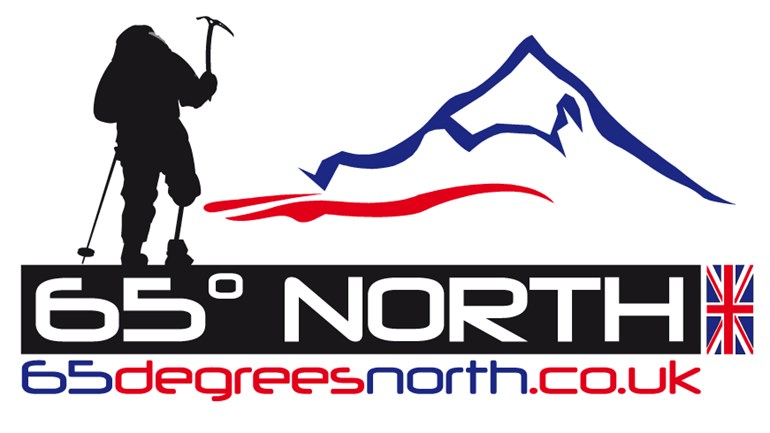 We support Royal Marines and their familes to overcome their challenges

65 Degrees North seeks to help in the rehabilitation of wounded or damaged ex-servicemen and women by offering the opportunity to participate in challenging adventure.

Changing the perception of physical and mental disability through the ‘Spirit of Adventure’ 65DN hope to inspire and motivate others to overcome, achieve and succeed.

65DN are now planning and preparing their next exciting adventures:

EVEREST 2019: - In April 2019 'Team Everest' will set out to summit the highest mountain on our planet! At 29,029ft (8,848m) it will take unimaginable endurance, courage, resilience and strength to reach the summit.

'Munda Biddi '18: - In October 2018 a small team of wounded and damaged ex-service men and women set out to cycle over a 1000km on the World's longest off-road mountain bike trail unsupported in under 14 days!

'Denali: - In June 2018 65 Degrees North set out to summit the tallest land-based mountain on Earth! Denali (Mt McKinley) is a deadly mountain of extreme conditions and was a severe test of personal strength, resilience and fortitude.

Leader '18: - In April 2018 a group of 10 wounded, injured and sick veterans embarked in 'The Leader', a Brixham trawler built in 1892, for 6 days of sailing adventure the seas to the south of Devon and in the outer Channel.

'Aconcagua 2018' - In January 2018 65 Degrees North set out to summit ‘The Roof of the Americas’! Aconcagua is known to the native people as ‘Death Mountain’
The team were dependent on each other from the outset as they faced one of their toughest challenges.

'The Top of the Bottom of the World' - A journey to the World’s coldest, windiest, most remote continent and attempt to summit Antartica’s highest peak, Mt. Vinson. This demanding endeavour tested the resilience and fortitude of the team to its absolute limit.

Raid 17 - A coast-to-coast cycle ride across the Pyrenees with a large group of injured ex-servicemen and women. This tough ride involved covering 800km in seven days of hard cycling including 11,500m (38,000ft) of climbing.

'Conquering Kili' - In February 2016 65DN successfully summited Mt. Kilimanjaro, the World’s highest freestanding mountain, to raise awareness of disability and recognise the impact of post-traumatic stress disorder (PTSD). At 5,985m (19,336ft) high it is also the highest mountain on the African continent.

Thank you for taking the time to visit 65DN's JustGiving page