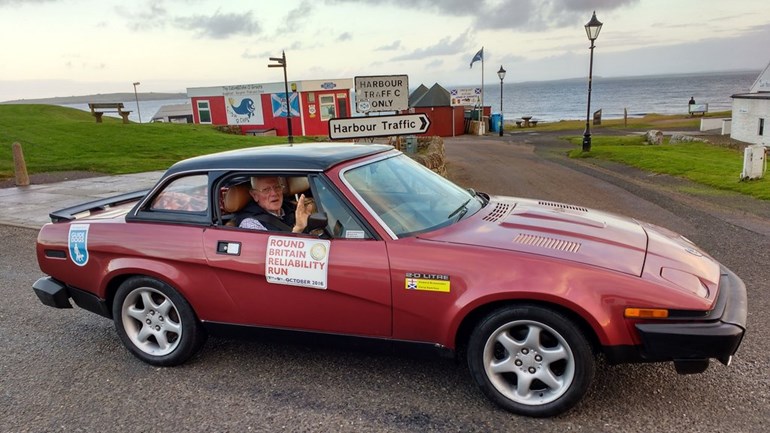 I have owned my TR7 since 2007 and it has clocked up over 40,000 miles in that time which includes five Round Britain Runs and five Ten Countries Runs. As I write the engine is in being reinstalled after rebuilding - when it came back from the last Ten Countries there was a slight misfire which was traced to a burnt valve. In most cars head removal is simple but TR7's are extremely challenging and after 37 years it took almost a month to split the head and block despite having bespoke head removal tool....!

The challenge will be to run the car in properly before the rally so I will be spending a couple of weeks pottering around the UK to get it sorted in September.

Epilepsy Research is a small low profile charity that assists the 1 in 100 of us that suffer from Epilepsy. Many of us show no visible symptoms and are able to live an outwardly normal life, but in a few cases it destroys and very sadly in some cases, like Martin Randle, it  is responsible for the early demise of otherwise healthy individuals.

We are raising money in both the UK and Middle East. As I write we have raised over 2,500 pounds in the Middle East which will be paid through the the Just Giving account after the rally.