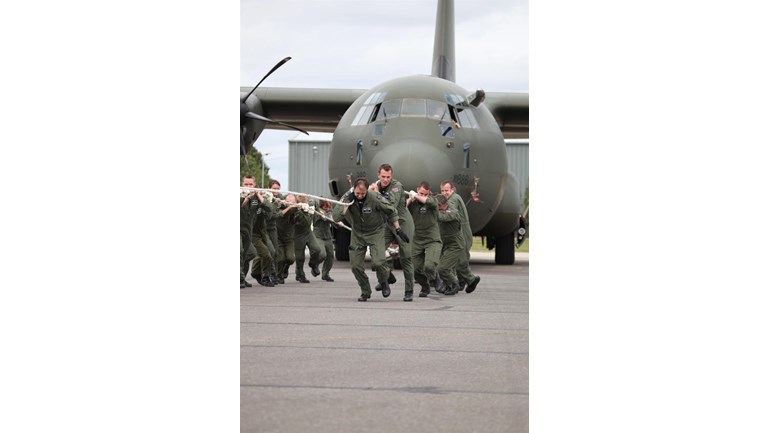 On 4 September 2010, 99 Squadron, Royal Air Force Brize Norton, in conjunction with the Birmingham Airport Police Unit, will be hosting a charitable aircraft pulling competition at RAF Brize Norton.  Teams from the Army, RAF, Civilian Police and Emergency services will be taking turns pulling a C-130 Hercules transport aircraft against the clock to raise money for The Royal Air Force Association (RAFA) and The British Limbless Ex-Service Man’s Association (BLESMA).  The teams consist of 20 members.  Each member must raise a minimum of £50 towards the £1000 that is required to take part.  The aim is to raise as much money as possible for injured servicemen.

For more information on the great work both charities do, visit

----------------------------------- Donating through JustGiving is simple, fast and totally secure. Your details are safe with JustGiving – they’ll never sell them on or send unwanted emails. Once you donate, they’ll send your money directly to the charity and make sure Gift Aid is reclaimed on every eligible donation by a UK taxpayer. So it’s the most efficient way to donate - I raise more, whilst saving time and cutting costs for the charity.