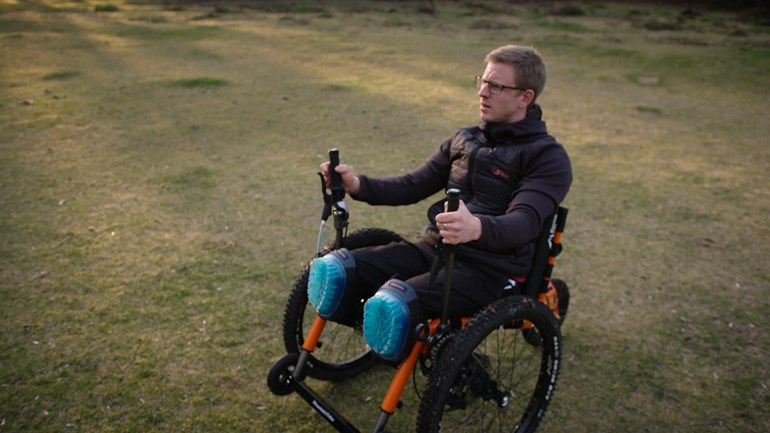 Aaron's Going up Mount Kilimanjaro in a wheelchair

Aaron Phipps has been a long term supporter of both Meningitis Research Foundation and Shaw Trust after contracting meningitis in 1999. As a result of the disease Aaron needed both legs amputating below the knee as well as the tips of his fingers.

His determination has seen him compete in wheelchair races and representing Team GB at the London 2012 Paralympic Games as part of the wheelchair rugby squad.

In 2016 Aaron will be taking on one of his biggest challenges yet, beginning in March with the Adidas Silverstone Half Marathon, followed by the Virgin London Marathon in April and finishing in May by climbing Mount Kilimanjaro, the world's highest free standing mountain at 5,895m.