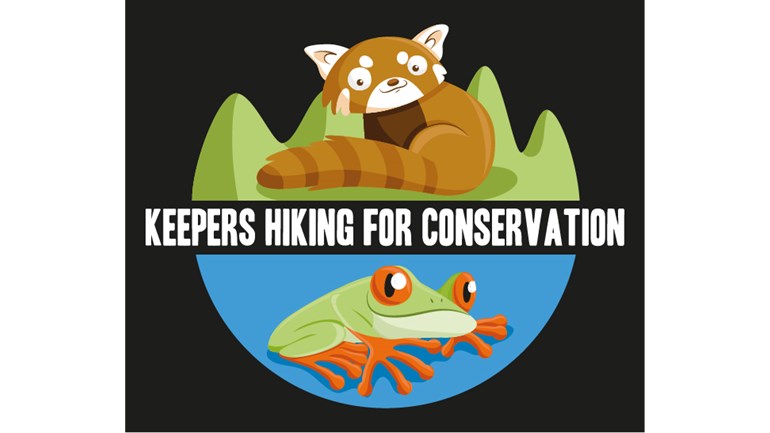 We're a bunch of zookeepers past and present, on a mission to raise
as much money as possible for two conservation charities close to our
hearts.

From the 30th June to the 2nd July 2017, we will be taking part in
the Snowdonia Challenge, which involves hiking 100km through the
national park in North Wales in just 3 days! We'll be hiking between
8-12 hours each day on mountainous terrain so it's going to be a huge
challenge of mental and physical endurance, but also a great opportunity
to raise funds and awareness for some worthy conservation
organisations!

The money raised will be divided between "Save the Frogs" - a charity working to protect critically endangered amphibian populations - and the "Red Panda Network" - who are working hard to save the original pandas in the wild.

Save the Frogs - More than a third of all
amphibian species are currently threatened with extinction (as a result
of human impact) and it is said that the amphibian extinction crisis is
the greatest conservation challenge in history.

Red Panda Network - Over the last 20 years
red panda numbers have more than halved, and there are now thought to be
as few as 2500 left in the wild. The threats posed by loss of habitat
and a increase in poaching is rapidly driving this enigmatic species
towards extinction. Through community based programs, RPN are working to
protect red pandas in the wild.

Remember: Donating through JustGiving is simple, fast and totally
secure. Your details are safe with JustGiving - they'll never share
them with anyone or send you unwanted emails. Once you donate, they'll
send your money directly to the charity. They'll make sure Gift Aid (an
additional 25%) is reclaimed on every eligible donation by a UK
taxpayer, too. That means more money goes to the charity, faster, with
JustGiving.

Shepreth Wildlife Conservation Charity was established in 2011 to help fundraise for important work both home and abroad. The organisation raises funds and educates visitors about species which are threatened with extinction, and also plays a major role in funding the Shepreth Hedgehog Hospital.

Charity Registration No. 1145477
Find out more about charity fundraising