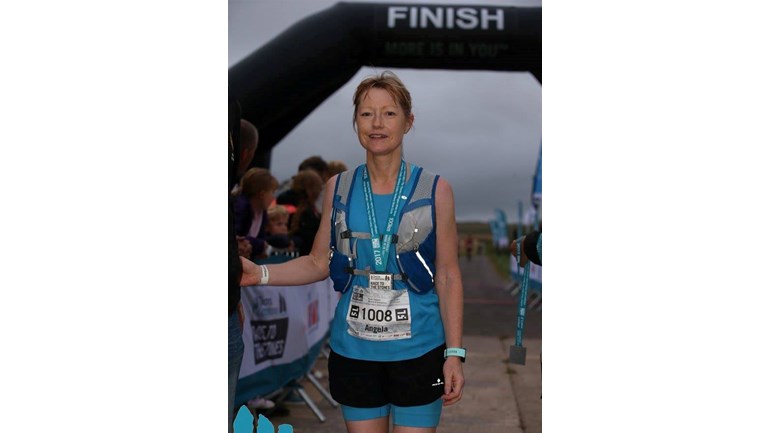 I'm running Race to the Stones for Cancer Research UK because I want to kick cancer's arse!

It's been about three years since I did any charity fundraising. In that time several members of my family and various friends have been affected by cancer, and it's been rubbish. In fact, it's made me want to kick cancer's arse!

Last time I raised money it was by running a marathon. But because that's not such a big deal for me any more, I know I need to push myself even further this time to persuade people to part with their hard-earned cash. That's why I've signed up with Cancer Research UK to run the Race to the Stones - a non-stop, hilly 100K ultra that goes along the Ridgeway in Wiltshire, finishing at the ancient stone circle in Avebury. 100K is 62 actual miles, or - to put it another way - two marathons plus another ten miles for good measure. Or (if you do Fitbit) between 120,000 and 130,00 steps. Have I finally lost the plot? We'll find out on 15th July!

I'm trying to raise as much money as possible to help Cancer Research UK to beat cancer as soon as possible. Every pound raised will fund vital research or help those who are already suffering with cancer. CRUK was also badly affected by the recent fire at the Christie Hospital in Manchester. They carry out much of their research here, and lost thousands of pounds' worth of equipment. Every little helps, so please give what you can - even if it's only a quid. That's less than a takeaway coffee!

Donating through JustGiving is simple, fast and totally secure. You can donate online or by text. Your details are safe with JustGiving - they'll never sell them on or send unwanted emails. Once you donate, they'll send your money directly to the charity. So it's the most efficient way to donate - saving time and cutting costs for the charity.