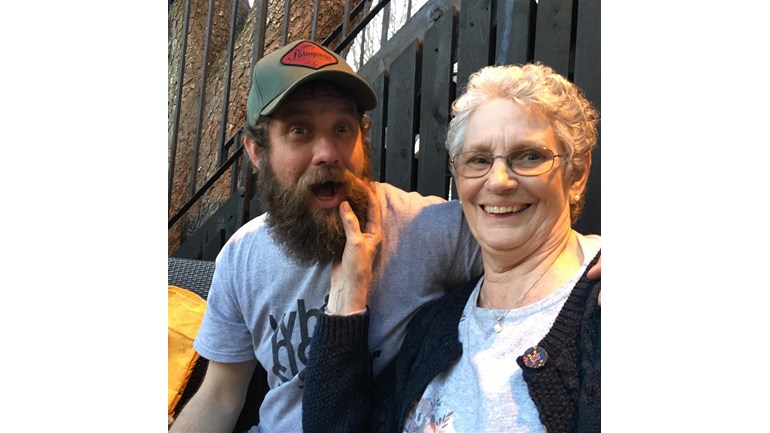 On the 18th August 2017 my mother, Mary Chilvers, lost her battle with Cancer. I wanted to do something to mark the anniversary of her passing so on the 18th of August 2018 I have decided to push myself to the limits and run/walk (Rualk) a route around Snowdonia called Heart of Snowdonia.

My mother spent her last hours at St Barnabas House in Worthing and it is such a wonderful place offering palliative care care to adults with life-limiting illnesses, both within the hospice and in the comfort of patients’ homes across West Sussex. I couldn’t think of a better charity to raise money for.

If you can spare some money please sponsor me, I have 9 months to get myself in some sort of shape.

Firstly I wanted to say thanks for all the support and donations so far on my Heart of Snow journey.

Secondly I wanted to give you an update on my progress.

Training has been long and hard over the summer with many trips up to Snowdon to recce the route. It has been through this process and after much thought and discussion with friends and people in the know, I have decided I do not think the full 81k is feasible. Yet.

The step from running to mountain running is one which I’m learning is a big one, and one which is going to take longer to train for. The increase in fitness comes slower than I’d hoped and to add to this the challenges of completing some of the route at night probably make this an unwise choice for now.

It’s still really important to me to be able to complete a challenge on the 18th August however, as this is the the anniversary of Mums death. I’ve therefore taken the decision to make the route shorter this time round and will be aiming to complete 50k rather than the original 50 Miles.

That said, I understand this is not the full challenge I set out when asking for your donations so I completely get it if you are disappointed and would like a refund, and will be happy to do so.

Also a big thank you to Nick @NookSnowdia for the advice and company on training runs up in Snowdonia.

Thanks for reading
Cheers
Ant

p.s. I am not giving up on this in anyway, plans are being made for next year already…

Charity Registration No. 256789
Find out more about charity fundraising