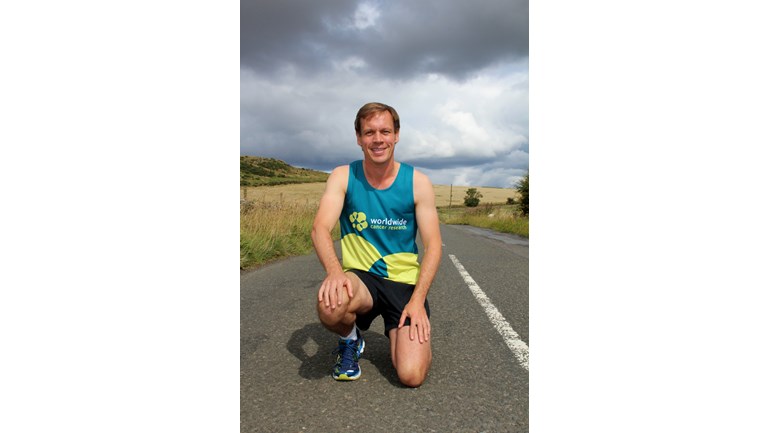 Around the World in 585 Days

Every day, hundreds of people are diagnosed with cancer. In the UK alone there are 2.5 million sufferers. In the fight against cancer we need to understand the root causes so that preventative measures or new cures can be developed. All over the world there are people who dedicate their life’s work to the advancement of medicine for the common good of mankind. I want to help these amazing people to carry out their invaluable research and for this reason I am trying to raise as much as I can for Worldwide Cancer Research. Worldwide Cancer Research recognises that the answers we all need in the fight against cancer will not come from one scientist in one lab. It will take the efforts and ground-breaking research of the world’s leading scientists. Worldwide cancer Research do not have their own labs and so the money they raise goes directly to supporting the world’s most creative and innovative researchers, wherever they may be. As a scientist I have firsthand experience of the immense cost of carrying out fundamental research. So please, if you can, give generously and help me to help the brilliant scientists to help you. All race entries and travel costs will be covered by me so that all donations go directly to funding cancer research. If you’d like to know a little bit more about my Around The World In 585 Days Challenge then carry on reading below. And if you like what you see, please spread the word. You can also follow my progress on a dedicated facebook page:

What is my Around The World in 585 Days challenge?

I will run a marathon on every continent starting with the London marathon on 13th April 2014 and finishing with the Antarctic ice marathon held in November 2015. In the time between these two marathons, 585 days, I will try to cover as much distance as is humanly possible while still holding down a full time job. The original idea was to travel the circumference of Earth but at 40,000 km that’s an unrealistic prospect. After a lie down, a cup of tea and a couple of deep breaths I decided that a virtual Pole to Pole journey of 20,000 km is not beyond the realms of possibility but it is still a task of gargantuan proportions; it is equivalent to 476 marathons. I will attempt to travel as far as possible towards this target by measuring the distance I run, cycle and swim from February 4th 2014 until the end of the Antarctic ice marathon. If you’re feeling brave, sadistic or both why not sponsor me for every 10 km or 100 km?

On World Cancer Day, February 4th 2014, I reset my watch so you can easily keep up with my progress by following the distance totals shown below.  I will also keep an updated list of events that I enter during the challenge. For the time being here is what I plan to do:

2 March The Meadows Half Marathon