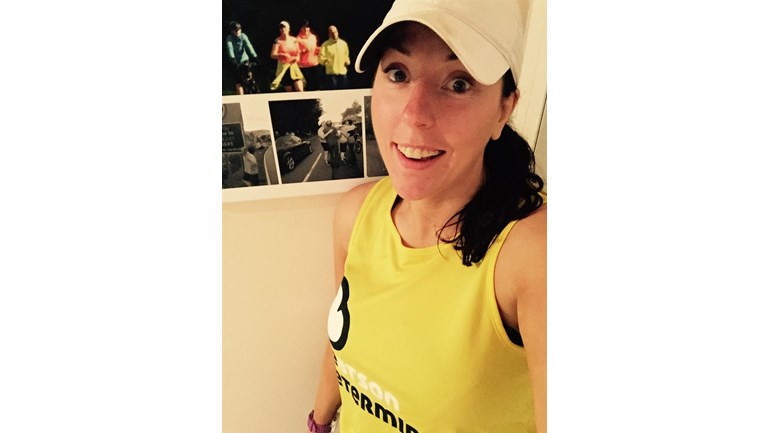 Thank you for stopping by my just giving page. Those of you who know me will know my story and motives for doing this only too well, so feel free to just skip straight to the part where you leave a wee donation and let me thank you very much right here.

For those who don't know me yet, let me explain a bit about how this challenge came about and why it's a good idea for you to part with your cash for the Beatson Cancer Charity. Or better still, if you happen to be in the west of Scotland, why you should grab your trainers, get involved and encourage your circle of friends to part with their cash for the Beatson too.

Cancer has been part of our family life for quite some time now. Like many others, I've seen friends, family and colleagues live with cancer, battle with cancer, survive cancer and die with cancer. In late 2007 my dad was diagnosed with Hodgkins Lymphoma (a type of leukaemia) and started to undergo treatment at the Beatson. Living in Argyll, this meant we had a 100 mile journey each way taking around two and a half hours for every appointment or visit. Not that this really bothered us. After all, when someone you love needs help, you would drive them to the end of the earth to get them the best care, and the best care is what he got. Sadly though after some initial success with his treatment his cancer became quite aggressive and despite everyone's best efforts he passed away aged 62 in February 2010.

It was quite early in my dads illness that I joined my local jog Scotland group after my sister recommended it as a social thing we could do to get fit. He laughed and said I took everything to extremes and would be running the London marathon next. I joked that if he stopped smoking I would. He did just that, and the year after he passed away, I kept my side of the bargain too.

During the end stages of my dads illness my auntie Cate (his sister) started to feel unwell. She was diagnosed with ovarian cancer six months later. Once again we found ourselves back up and down to the Beatson for appointments treatment and visits.

After five years of having the Beatson play a huge part in our lives, I wanted to take on a fundraising challenge that was meanigful to us and would give something back to the Beatson. I joined forces with my friend Dougie and we set out to run the 100 miles from the Beatson home to Tarbert over three days. A journey I knew only too well. Following that challenge I was asked to become an Ambassador for the Beatson Cancer Charity, a role I was proud to accept and have worked with them since then to raise awareness and vital cash for the great work they do.

Sadly auntie Cate passed away in July of 2012 aged 60, missing the birth of her first grandchild by a matter of months. That's the thing about cancer, it doesn't discriminate. It doesn't care if you have plans or if it's already ripped your world apart. There is just no predicting the exact moment it will strike or the number of times that horrible little parasite will rear its ugly head in any of our lives.

You would think that having learned this the hard way, we would be ready for whatever cancer had to throw at us by now. But last year, it delivered its lowest blow yet.

Losing my mum is still quite raw. Having not long retired and eagerly awaiting the birth of her first grandchild, she was diagnosed with lung cancer in August last year and passed away only weeks later at the end of October, aged 63. With history repeating itself, she too missed the birth of her much anticipated grandchild (my little neice) by a matter of weeks.

The sad truth is that people die every day from cancer, and we are not the only family who have first hand experience of this. The thing we sometimes forget though, is that people live with cancer too. That's why the Beatson is so important to me. It's not just about finding a cure, they put a whole range of services in place that help people in the west of Scotland to live well with cancer and make the most of whatever time they get. These services are so important and make such a difference to patients and their families. It is however my personal view, that much more can and should be done to support those living with cancer here.

I was already planning my next fundraiser  before mum took ill. I knew I wanted to do something that would highlight just how wide an area the Beatson catchment covers. It serves 50% of Scotlands population and includes the entire west coast, taking in island populations and remote rural areas as well as the central belt. I also wanted to do something that would allow other people to get involved. It's no secret long distance running can get boring at times. During the last challenge I took comfort and inspiration from some of the people I met along the way, who shared with me stories of their journey with cancer.

So with all that in mind this next challenge was born and on 15th October I will be kicking off 15 marathons in 15 days. That's one in every local authority area within the Beatson's Catchment.

If you are in the west of Scotland I will no doubt be coming to a town or village near you and I would love for you to get involved. Why not take up your own challenge or arrange an event and get your friends to sponsor you?

It doesn't have to be a marathon: a fun run, a mile, a 5k just whatever is a challenge to you . There is no minimum donation: every penny counts and I'd love to hear about what everyone else is doing for their challenge while I'm doing the rounds with my own.

The dates and areas are listed below so check out when we will be in your area and be sure to come along, say hello and get involved.


Thanks again for taking the time to visit this page and for the donations. It really does mean a lot to me and #teambeatson

We provide patients and staff with the most cutting-edge equipment,treatments and surroundings to fight cancer. Our team also offers a range of complementary therapies to help relax patients and provide relief from pain, insomnia, nausea, phobia and anxiety.