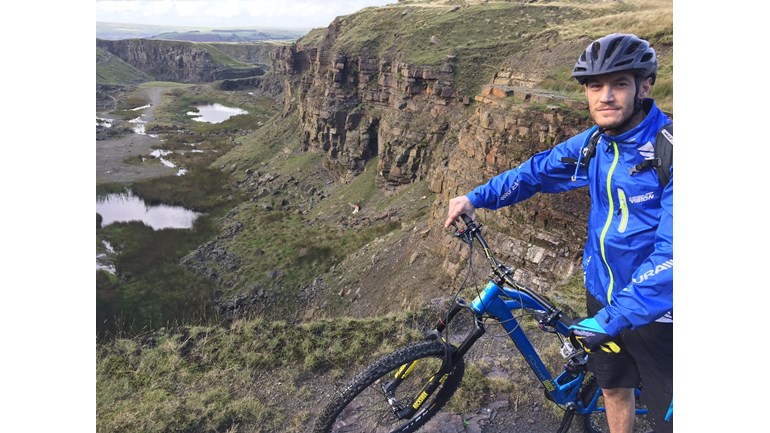 I'm cycling 500km (310 miles!) over 6 days for Macmillan Cancer Support because I want to help people affected by cancer.

Right, deep breaths, this isn’t easy to write so please bear with me.

I lost my mum back in June 2015. She’d suffered from ill health for many years but her death came completely out of the blue and it goes without saying that I was totally devastated. I was her only child and we’d always been extremely close. My mum was the most amazing woman that I’ve ever met, she was kind, brave, hard-working and a devoted mother. She was, and is, my inspiration and I miss
her every day.

After she passed away I wanted to do something special in her memory. We often went to Dovestone reservoir together and so I’m in the process of donating a tree for her in the Memorial Wood and I’m also going to build a hand-made bench that will be situated overlooking the water.

I also wanted to do something positive in her memory that would help other people which is where the Madagascar Cycle Challenge comes in. It’s a 500km (yep, that’s 500km – or 310 miles in old money) bike ride across Madagascar - an island off the Southeast coast of
Africa.

The ride takes 6 days in total and I’ll be heading out to Africa on the 22 October 2016. I’ll be cycling between 50-100km every day and to say it’s going to be pretty intense (and probably quite painful!) is an understatement. I’m ramping up the training as we speak and I’m already sore in places I never knew existed!

Most people know about the incredible work that Macmillan do to improve the lives of millions of people facing cancer. This is why I chose them as my nominated charity and I’ll be doing my very best to raise as much money for them as possible. Please do give what you can afford – every penny that I raise will be matched by EC Creative Services so together we really can make a difference.