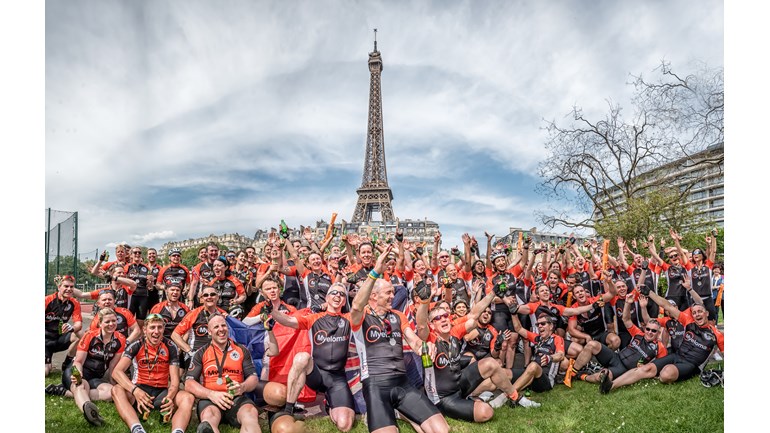 I was diagnosed with Myeloma, a rare bone marrow cancer, in 2012 and to find out it was incurable and the survival rates were some of the lowest of all cancers*, added to the devastating news for me and my family.

I know I’m one of the lucky patients, young (ish) at 55, and fit enough to cope with the debilitating treatments, so that my Myeloma is, at least temporarily, under control with the aid of a powerful daily drug. But Myeloma is a relapsing and remitting cancer which means it will at some point mutate and render my current drug and those of the other Myeloma patients, useless. It’s therefore essential that we accelerate the development and approval of the next line of treatments, to extend our lives and work towards a cure. The good news is there are lots of drugs in the pipeline but we need the funds urgently.

During my initial treatment, one of the few benefits of my couch potato lifestyle was watching the victories of the British Olympic Cycling Team and The Tour de France victories of Wiggins and Froome. As I started to recover I was inspired to join the legions of MAMILs (middle-aged men (and Maidens) in lycra) and take up cycling, which, without a doubt has contributed massively to my recovery.

My desire to raise funds and my bucket list mentality led me to thinking what could be better than taking on the iconic London Paris route, riding up to the Arc de Triomphe like the pros in the Tour de France. With rolling road closures, motorcycle outriders and full mechanical back up, the Myeloma UK London Paris Ride is going to be as close as any of us can get to a pro-rider experience, and I can’t wait!

It’s going to be a huge challenge for me, but I know that with every pedal I will be helping to make myeloma history. I hope you’ll join me.

*20% of people newly diagnosed with Myeloma die within the next 60 days and the 5 year survival rate is just 46%. Thanks to Myeloma UK these stats are improving faster than many cancers, but more needs to be done.