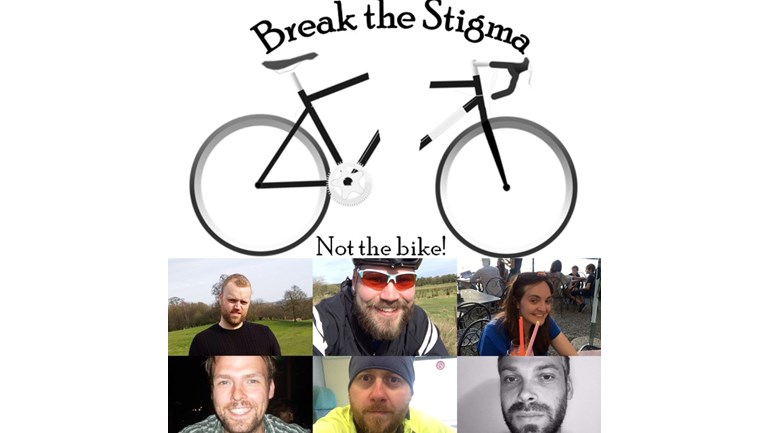 Break the Stigma (not the bike!)

On 20 May 2017 I, and a lovely group of folk, will be cycling from Sheffield to London to raise money for Mind, the mental health charity. The route will be about 180 miles, and we’d love you to sponsor us!

The reasons behind this challenging ride, the date we’re announcing the plan, and the date of the ride, are all a bit personal, and not easy to write, but it’s pretty important, so here goes:

If you know me then you almost certainly know that I’ve battled with depression for the last few years, I had a pretty torrid time in 2013/14, but the good news is I’m now feeling a lot better. In fact, I’m happy. For a long time I was adamant that I’d never be happy again, that sounds ridiculous now, but that’s the nature of the illness. Friends, family, colleagues, and medical professionals all told me it would get better, but I simply didn’t believe I’d ever enjoy life again. There are a whole host of reasons I’m feeling better, but I’m positive that the most important of all of those is being open and talking about my illness.

On 20th May 2013 I had my first proper go at suicide. I then sought a bit of help, but I wasn’t honest with anyone about how I was feeling. Things continued to deteriorate and I tried again on 6th January 2014. I was lucky, and some very dear friends rallied around and saved me, put me on a plane to see my folks, and spoke to my boss.

At the time I was furious. I was angry with myself for failing, and I was angry at them for interfering in my life. But from then on my secret was out in the open, I had no choice but to face the reality of my illness, and to talk about it. That was the start of my recovery. Since then I’ve spoken openly, and have become involved in the excellent Break the Stigma staff support group in the Home Office.

Today, 6th January 2017, is the first 6th January I’ve worked since then. It feels a little odd, but also very positive.

Suicide is the single biggest killer of men under 45, with men being nearly four times more likely than women to kill themselves. Traditionally we also don’t talk about how we’re feeling.

By being open and talking about how I’m feeling, I've come quite a long way in a relatively short space of time.

London is quite a long way from Sheffield, and 24 hours is quite a short space of time, so we thought it would be a fitting challenge to show our support for Mind and raise awareness - so please sponsor us and help Break the Stigma!

Charity Registration No. 219830
Find out more about charity fundraising